Can I Trademark that Trumpism?
June 13, 2017 - By Eric Shimanoff
Posted in Trademarks 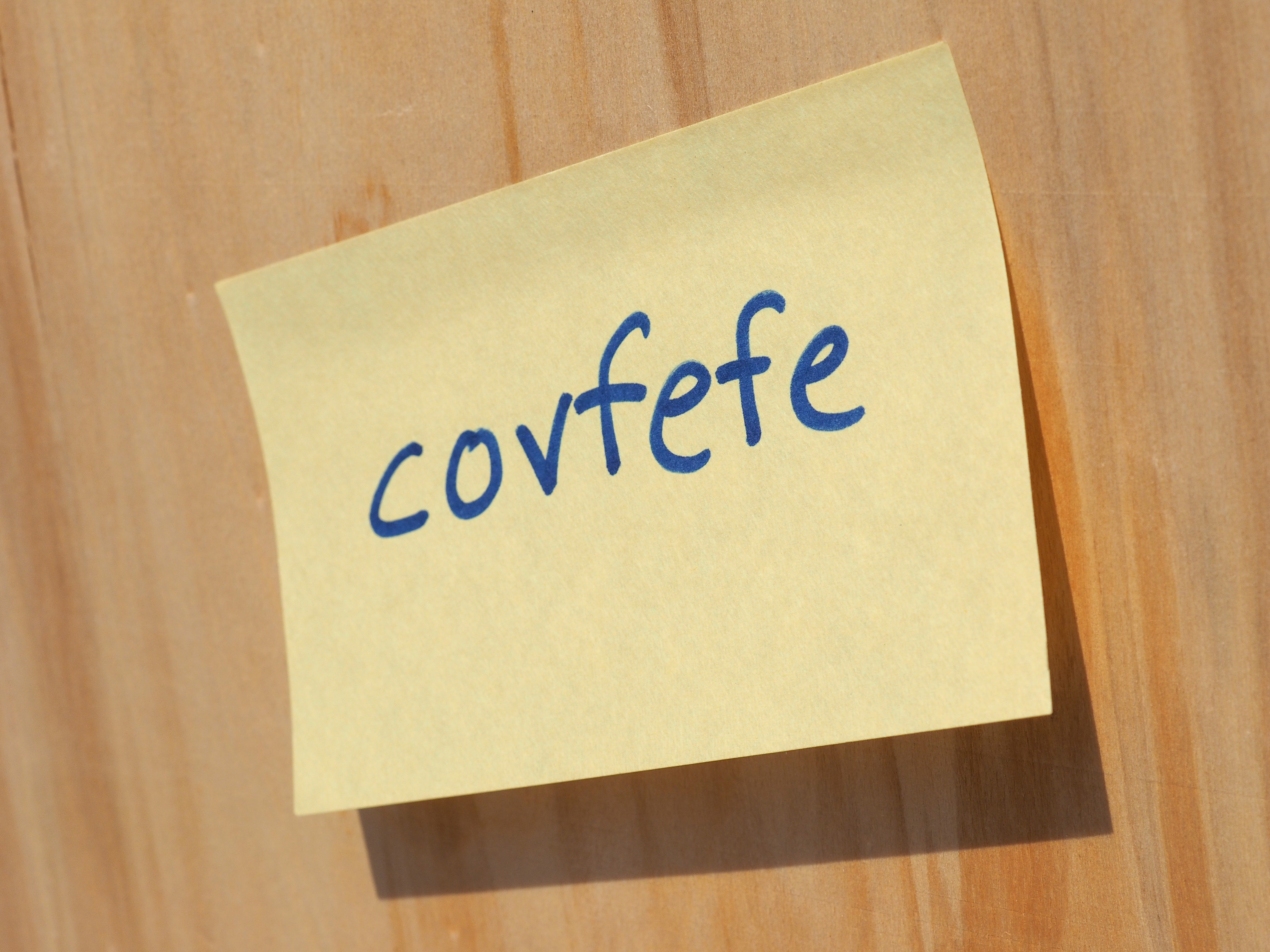 Despite any ideological differences, nearly all Americans can agree that the past twelve months have been a boom time for political catchphrases — Covfefe, anyone?  But can a third party stick a political catchphrase on a t-shirt or coffee mug and obtain a trademark registration?

Although several opportunists have tried, the likely answer is no.

Covfefe, Nasty Woman, Bad Hombre, Alternative Facts, Basket of Deplorables; Love Trumps Hate and Nevertheless, She Persisted each has been the subject of multiple recent trademark applications with the United States Patent and Trademark Office (USPTO).  In the past two weeks alone, over twenty-five applications have been filed for Covfefe, surpassing the nearly twenty applications filed for Nasty Woman after last years’ presidential debates.

In order to function as a trademark, a phrase must indicate the source of an applicant’s goods and identify and distinguish such goods from goods offered by others in the marketplace.  The more commonly a term or slogan is used in everyday speech or by multiple sources, the less likely the public will understand it to identify only one source and the less likely the term or slogan will be recognized by purchasers as a trademark.  See, e.g., In re Eagle Crest, Inc., 96 U.S.P.Q. 2d 1227 (TTAB 2010) (holding ONCE A MARINE, ALWAYS A MARINE to be an “old and familiar Marine expression . . . that should remain free for all to use”).

Whether well-crafted message, debate rebuke, off-the-cuff remark or Twitter typo, the above catchphrases have become part of the cultural lexicon, reproduced en masse through Internet memes, late-night skits and monologues, protest signs and a vast array of merchandise.  Thus, several of these applications have been refused registration because they merely convey an informational social, political, religious, or similar kind of message that are part of the public vocabulary and do not identify a single source of goods or services.

Many individuals fail to understand these essential precepts and believe they can rush to the USPTO, “trademark” a phrase and obtain a monopoly on merchandising.  But trademark law is well-established and most if not all of the above political catchphrase trademark applications likely will be denied registration.  And those applicants who ultimately do obtain registrations likely will have extremely narrow rights in their marks that will not prevent others from using the slogans in a descriptive or information manner, including on a coffee mug.