How you should use a registered trademark or service mark
Jan. 2, 2018
Posted in Trademarks 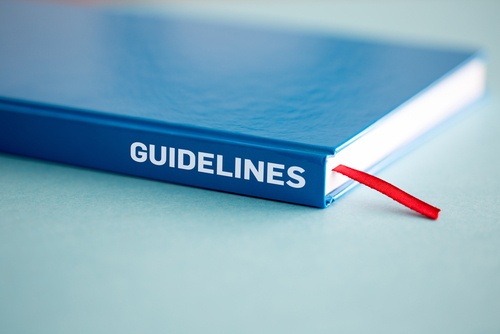 So you’ve gone through the process of registering your trademark or service mark.  Now what should you do?

Here are some guidelines on how to use your registered mark to best legal advantage.

You should always use your mark as an adjective – not as a noun or verb.  By definition, marks are source identifiers.  They are brand names, not products or services.  If a mark is misused, it runs the risk of being considered generic and no longer functioning to indicate a particular source.

Here is an example of the proper use of a mark as an adjective:

By contrast, this is an improper use of the same mark as a noun:

This distinction is simple, but it is significant because systematic use of a trademark as a noun may lead to that mark becoming the common product name.  Consider “elevator” and “yo-yo” --  those were once trademarks that are now referred to as non-registrable “ghost marks” because the public considered them to be the only way to refer to the products.

Of course, if your trademark has become so famous that consumers would never associate your brand with anyone other than you, these rules might be loosened.  For example, many people refer to an “iPad” knowing that it refers to a particular tablet.  GOOGLE is often used as a verb as in “I need to Google that.”  Consumers nevertheless recognize that GOOGLE refers to a particular company.

Do not pluralize or singularize

Here is an example of proper pluralization:

And an example of how not to pluralize:

If your trademark ends in “s”, avoid removing the “s” to singularize it.  For example, say “a STARBUCKS coffee” not “a STARBUCK.”

Do not use the possessive form

Unless your trademark is possessive (ie; LEVI’S or MCDONALD’S), you should avoid using it in the possessive form.

Use capital letters or distinctive text

Trademarks should stand out when you use them in the body of text.  Using capital letters, contrasting colors or a font that stands out has the effect of emphasizing that the term is a trademark and not merely another word in the text.

Use the appropriate symbols

In most countries, the ™ symbol is recognized as identifying an unregistered trademark (and SM   may be used with a mark for services).  These symbols technically have no legal significance, but their use does indicate to others as a practical matter that you are claiming trademark or service mark rights.

The United States and most other countries have also adopted the ® symbol to identify a registered trademark, although some use MR (for “Marca Registrata”) or some other such local registration symbol.  You do not need to use these symbols every time a trademark appears on a product or its packaging, advertising or website.  Using such symbols in connection with the most prominent display of the mark is enough.

Some owners of well-established marks believe that a variety of presentations may broaden their rights.  Further, more recently, the owners of famous marks have played around with “fluid marks.”  For example, the term GOOGLE on the search page often is embedded in an artistic work or a game.

However, it generally is desirable to strengthen the distinctiveness of your mark by using it consistently to increase the likelihood that consumers will recognize the mark and associate it with your particular goods or services.  For example, companies that decide to capitalize one letter in a trademark should do so consistently (i.e., iPad and eBay).  You may also want to consider being consistent with color, even if color is not claimed in your trademark registration (e.g., avoid using your mark in blue on some boxes and red on others).  Of course, there can be exceptions for well-known marks. For example, the Target bullseye sometimes does not appear in red.

Registering your mark is an important step, but care in using it properly can be even more important to its recognition in the marketplace.  Many companies ask their trademark attorneys to develop proper use guidelines specific to their own brand names. The following link will lead you to a short creative video of proper use guidelines for VELCRO Brand products:  https://www.youtube.com/watch?v=lV-qNmlaOvo&sns=em.