Look into Local Connotations for Your Proposed Trademark
Aug. 20, 2020 - By William Borchard

In selecting a word to use as a trademark, don’t assume you know what it will mean to all consumers.

Deeper research may reveal an unfortunate surprise because different cultures or languages may cause a word to have an unanticipated connotation.

An article in The Guardian reported on two instances in point.

It turns out that “huruhuru” is commonly used by New Zealand’s indigenous Māori people to refer to “pubic hair.”  Both adopters indicated they neither knew of this nor intended to offend the Māori people.

The brewery in Canada is going to rebrand its beverage.

The leather goods shop in New Zealand has received threats and has taken its Facebook page down.  But the shop does not intend to rebrand because of the expense involved—for example, the mark appears on jacket linings and hangers.  Furthermore, the Māori Advisory Committee of the New Zealand Intellectual Property Office (IPONZ) had approved the shop’s applied-for mark that displayed the design of a sheep’s head above the word “huruhuru.” 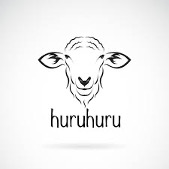 An IPONZ spokesman said that it had assessed whether the application met the requirements under the New Zealand Trade Marks Act:  “Taking into account the trade mark in its entirely (including the image of a sheep) and the goods and services in relation to which the trade mark was to be used, the committee did not consider the trade mark was likely to offend Māori.”

Over the years, there have been many reported instances of the adoption of a trademark with an unfortunate connotation.  Here are just a few marks, some of which nevertheless are currently in use, that did not translate well:

The U.S. Supreme Court has held that it is unconstitutional for the U.S. Patent and Trademark Office to refuse to register a mark on the ground that it is disparaging, immoral or scandalous.  See our prior Trademark Law Alert on this topic.

A related consideration in the U.S. is the “doctrine of foreign equivalents,” which prevents registration of a mark in English that is likely to be translated into a previously registered non-English word. See our blog post on this topic.

Regardless of registrability, from a marketing viewpoint it may be unfortunate to adopt a mark that suggests a rude word in another language.  Furthermore, although a non-English mark with a rude meaning may be registered in the U.S., that registration could prevent the U.S. registration of its English-language equivalent even if the meaning in English is perfectly proper.

When you research a proposed word mark to clear it for use, especially when it is for international markets or for domestic consumers from other cultures or who know other languages, it is desirable to find out whether it may have an unfortunate connotation in other cultures or languages beyond its literal meaning.