Trademark Law Alert – “Immoral” and “Scandalous” Marks Join “Disparaging” Marks as Being Registrable in the U.S. 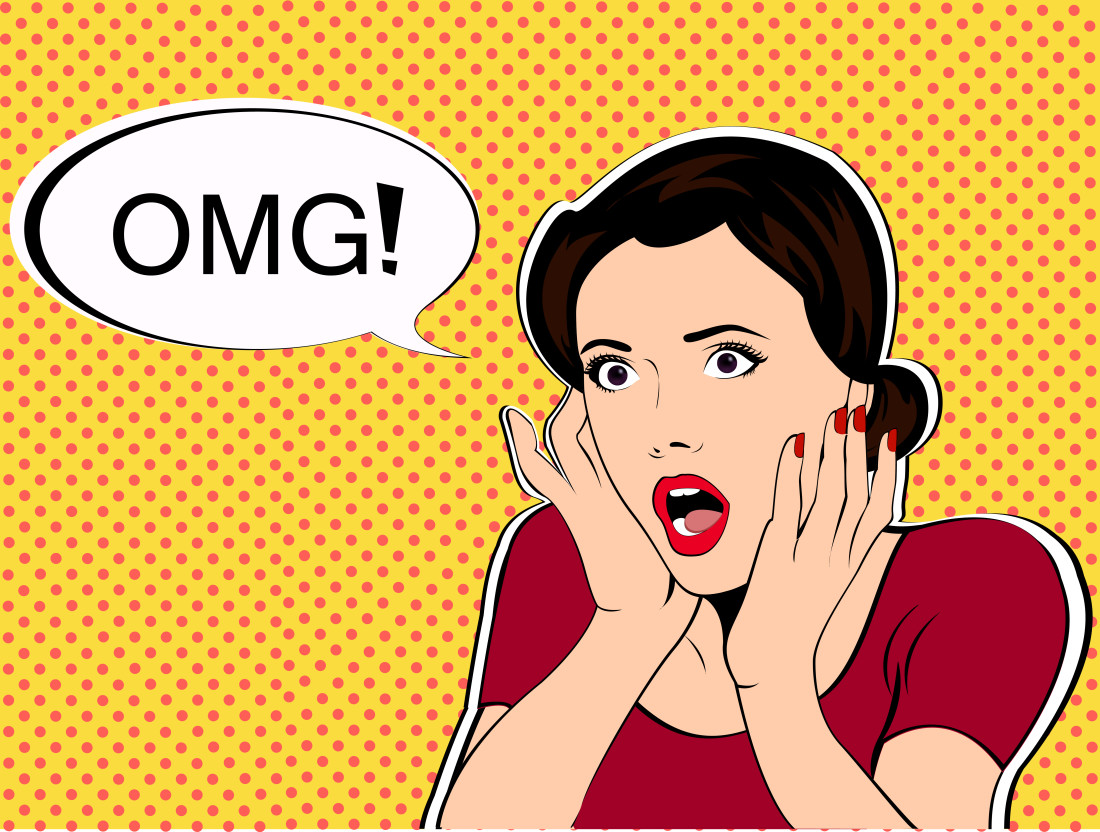 The U.S. Supreme Court in Iancu v. Brunetti, No. 18-302, 588 U.S. _____ (April 15, 2019) struck down a provision of the Federal Trademark Law (known as the Lanham Act) that barred the registration of “immoral or scandalous” trademarks, finding that this bar violated the Free Speech Clause of the First Amendment.

This decision came two years after the Court’s decision in Matal v. Tam, No. 15-1293, 582 U.S. ____ (June 19, 2017), which struck down a related provision in the Trademark Law that prohibited registration of “disparaging” trademarks such as THE SLANTS, about which we wrote earlier.

In both cases, the Court found that such bars embody viewpoint discrimination and therefore violate the First Amendment of the U.S. Constitution.

Erik Brunetti, an artist and founder of a clothing line, applied to register the mark FUCT for various goods and services. Section 2(a) of Trademark Law (15 U.S.C. 1052(a)), prohibited registration of a mark that “consists of or comprises immoral…or scandalous matter.” Under the U.S. Patent and Trademark Office (PTO) guidelines, a mark fell within this bar on immoral or scandalous marks if a “substantial composite of the general public” would find the mark “shocking to the sense of truth, decency, or propriety”; “giving offense to the conscience or moral feelings”; “calling out for condemnation”; “disgraceful”; “offensive”; or “vulgar.”

The Examining Attorney determined that FUCT was a “totally vulgar” mark and was therefore unregistrable. On appeal, the Trademark Trial and Appeal Board agreed with the Examining Attorney, finding the mark to be “extremely offensive” and “vulgar” because it had “decidedly negative sexual connotations” and communicated “misogyny, depravity, [and] violence.”

Brunetti then challenged the Trademark Law’s bar on immoral or scandalous marks in an appeal to the Court of Appeals for the Federal Circuit. The Federal Court found that this prohibition violated the First Amendment. The Government appealed, and the Supreme Court granted certiorari.

The Court’s Decision: Bar on both “Immoral” and “scandalous” marks is unconstitutional viewpoint discrimination

The Court’s opinion in Brunetti, authored by Justice Kagan, relied heavily on the reasoning set forth in the Court’s decision in Matal v. Tam. In Matal, the Court had found that the bar on disparaging marks was viewpoint-based because it allowed a trademark owner to register a mark if it was “positive” about a person, but not if it was derogatory. As a result of such viewpoint discrimination, the Court in Matal found the law to violate the “bedrock First Amendment principle” that the government cannot discriminate against ideas that offend.

In Brunetti, the Court similarly found that the Trademark Law’s bar on immoral or scandalous trademarks was also viewpoint based because it “permits registration of marks that champion society’s sense of rectitude and morality, but not marks that denigrate those concepts.”

For example, the Court noted that, on the one hand, the PTO has historically refused to register marks that communicate immoral or scandalous views about

On the other hand, the PTO permitted registration related to

Because the law permitted the PTO to reject marks that express opinions that are offensive, while allowing registration of “proper” or “decent” marks related to the same subjects, the Court found the Trademark Law’s bar on immoral or scandalous marks also to discriminate based on viewpoint in violation of the First Amendment.

The Court rejected the Government’s argument that the Trademark Law is capable of a narrowing and limiting interpretation that would permit the PTO to refuse marks that are vulgar (meaning lewd, sexually explicit, or profane) “because of their mode of expression, independent of any views that they may express.” The Court instead found that the immoral or scandalous bar is a “substantially overbroad” aim at the “suppression of views”, and therefore refused to “rewrite [the] law to conform it to constitutional requirements.”

In his concurring opinion, Justice Alito recognized that the registration of marks containing vulgar terms “serves only to further coarsen our popular culture”, but deemed the Court’s opinion to be an important protection for constitutionally-guaranteed free speech given, that “a law barring speech deemed by government officials to be ‘immoral’ or ‘scandalous’ can easily be exploited for illegitimate ends.”

Dissenting views: Bar on “scandalous” marks, which covers offensive modes of expression and not ideas themselves, is not unconstitutional

While the Court’s opinion lumped the bar on “immoral” and “scandalous” marks together as both being unconstitutionally discriminatory based on viewpoint, Justices Sotomayor and Breyer, and Chief Justice Roberts filed separate opinions, dissenting in part.  Each assessed the constitutionality of a bar on “scandalous” marks separately from a bar on “immoral” marks. While these Justices agreed with the Court that the “immoral” portion of the provision was not capable of a narrowing construction that would eliminate its viewpoint bias, the Justices considered the “scandalous” portion of the provision to be capable of a narrowing construction.

Justice Sotomayor’s opinion lamented that the Court’s opinion will “beget unfortunate results” because as a result, the Government will have no statutory basis to refuse registration of “marks containing the most vulgar, profane, or obscene words and images imaginable.” Instead of taking the Court’s approach, which “unnecessarily and ill-advisedly collapses the words ‘scandalous’ and ‘immoral’,” Justice Sotomayor would have read the bar on scandalous marks narrowly to address obscenity, vulgarity, and profanity, thus covering only offensive modes of expression, not the content of such expression. This approach would have permitted the PTO to prohibit registration of marks expressing views using a manner of expression that is shocking to one’s sense of decency, apart from any message or idea. Justice Sotomayor reasoned that such a limiting construction was appropriate here because “the Government has a reasonable interest in refraining from lending its ancillary support to marks that are obscene, vulgar, or profane.”

Justice Breyer’s opinion would have reframed the Court’s First Amendment analysis from asking whether a restriction on speech discriminates on viewpoint to asking instead whether the regulation at issue “works speech-related harm that is out of proportion to its justifications.” For Justice Breyer, a bar on registering highly vulgar or obscene trademarks would not do significant harm to First Amendment interests because Trademark Law, by its very nature, “requires the Government to impose limitations on speech.” Additionally, he wrote, the Government has a significant interest in disincentivizing the use of scandalous words in commerce by denying the benefit of trademark registration, because permitting the registration of scandalous marks “may lead to the creation of public spaces that many will find repellant, perhaps on occasion creating the risk of verbal altercations or even physical confrontations.”

Chief Justice Roberts, in a separate opinion, also found that refusing registration to obscene, vulgar, or profane marks does not offend the First Amendment. Whether or not a mark is registered does not affect the extent to which their owners may use them in commerce and thus, no speech is restricted. Rather, the owners of such marks would merely be denied certain ancillary benefits associated with federal trademark registration.

Significance of this Decision

As Justice Sotomayor’s dissent points out, the Court’s decision in Brunetti leaves the PTO no statutory basis to deny the registration of vulgar and profane marks, such as particularly egregious racial epithets.  Instead, it presumably compels the PTO to register all such marks rather than treating them as a scandalous form of profanity under the Trademark Law.

Time will tell whether Congress will heed the Court’s observation that Congress could have captured some of the same speech through a viewpoint-neutral statute. In the meantime, as we pointed out in discussing the Court’s decision in Matal v. Tam, we may see a flood of new applications for marks previously refused or cancelled as being immoral or scandalous, or for marks for which registration was never sought.

The court’s full opinions can be found here.