A phrase sometimes can be registered as a trademark even though it also conveys a message. 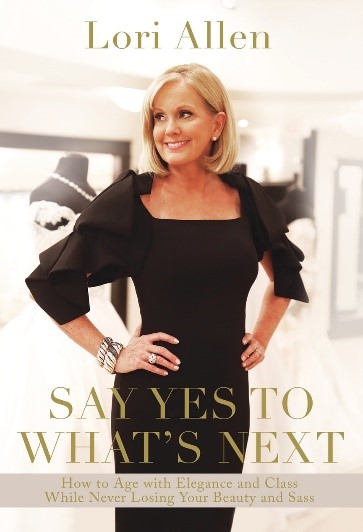 The U.S. Patent and Trademark Office (USPTO) rejects many applications to register a phrase as a trademark on the ground that the phrase fails to function as a trademark because it is merely informational or is a well-recognized and widely used concept or sentiment that would not be understood by the public to be a source indicator.

We have written about a number of these cases in prior blog posts in 2020 and in 2021.  However, here is a case in which the Trademark Trial and Appeal Board (“TTAB”) reversed the USPTO’s refusal to register the mark SAY YES TO WHAT’S NEXT.

Lori Allen is a well-known personality who owns a bridal shop and appeared on the reality TV show “Say Yes To The Dress: Atlanta.”  Her company, Lori Allen Enterprises, LLC, filed an intent-to-use application to register SAY YES TO WHAT’S NEXT as a mark for items of clothing, and for “the presentation of seminars, workshops and panel discussions, and ongoing television and radio shows all in the field of women aging and how to improve quality of life in the last quarter of life.”

The examining attorney rejected that application on the “failure to function” ground.  The Applicant appealed, and the TTAB reversed the refusal of registration.

This was an intent to use application, so the record had no specimens or evidence of actual use of the mark.  In 2020, after the filing date of the trademark application, Ms. Allen published a memoir-lifestyle book entitled Say Yes to What’s Next with the subtitle “How to Age with Elegance and Class While Never Losing Your Beauty and Sass!”  However, the title of Ms. Allen’s book was not mentioned by the TTAB, possibly because it was not part of the record or because the title of a single book is not considered to be a registrable trademark.

In the absence of use evidence, the TTAB considered how “say yes to what’s next” actually had been used by others in the marketplace.  The examining attorney submitted several examples of this phrase being used as encouragement to overcome obstacles and embrace change:  three were for career, personal or parenting coaching; two were for faith/ministry; four were for leadership, success, or personal growth; and one was for advertising a beverage.

The TTAB found these examples to be unpersuasive, stating that none showed use in connection with the types of goods or services identified in the application. The TTAB concluded that this evidence did not rise to the level of demonstrating that the use of the phrase “say yes to what’s next” was so common or widespread that the consuming public would view it as a commonplace expression or sentiment rather than as a trademark.

Author’s Note:  When you select a phrase or slogan to adopt as a mark, you should research whether its descriptive, laudatory, or informational use by others is common or widespread.

Further, in your own use, you should take care to present the phrase in a way that the public will recognize as an indication of source.  This may involve using the trademark symbol ™ after the phrase, and consistently displaying the phrase in a distinct typestyle or color.  Most importantly, avoid embedding the phrase in textual passages in which the phrase is given its ordinary meaning.