Monkey Business (and Other Animal Non-Rights)
May 8, 2020 - By William Borchard

Many of us are looking for humor to divert our attention from Coronavirus cabin fever.

We are reminded of two cases in which animals—respectively a monkey and a cat—were held not to have ownership rights in intellectual property.  It is curious that these rights were seriously asserted in the first place, and that they were dealt with in a semi-serious manner in the second place.

Naruto, a seven-year-old crested macaque monkey in Indonesia, came across a camera left unattended by wildlife photographer David Slater.  He took several photographs of himself, and Mr. Slater arranged for these photos to be published in a Monkey Selfies book. 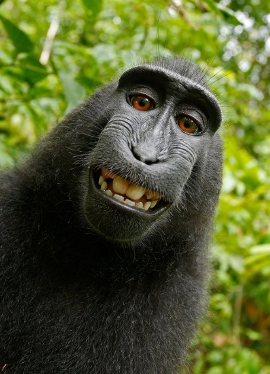 People for the Ethical Treatment of Animals (PETA) sued the publishers for copyright infringement as a “next friend” on behalf of Naruto. A next friend must show that the litigant is unable to litigate himself or herself, and that the next friend has a significant relationship with, and is truly dedicated to the best interests of, the litigant.

The U.S. District Court for the Northern District of California dismissed the case.  The Court held that Naruto (and his next friend) failed to establish statutory standing under either Article III of the U.S. Constitution or under the Copyright Act.

PETA appealed. The U.S. Court of Appeals for the Ninth Circuit affirmed the dismissal.  The Court held that PETA lacked standing to bring the case as Naruto’s next friend because there is no authorization for “next friend” lawsuits brought on behalf of animals.

Nevertheless, the Court ruled that Nartuo himself had standing to bring this suit as a “case or controversy” under Article III of the U.S. Constitution.  The Court followed Cetacean Community v. Bush, 386 F.3d 1169 (9th Cir. 2004) in which Article III standing had been granted to whales, dolphins, and porpoises.  Although the Naruto Court believed that Cetacean had been wrongly decided, it viewed that case a binding precedent.

Therefore, in upholding the dismissal, the Court held that Naruto — and, more broadly, all animals other than humans -- lack statutory standing to sue under the Copyright Act.

Pursuant to this ruling, we now can show you how we imagine Naruto would look during the coronavirus pandemic. 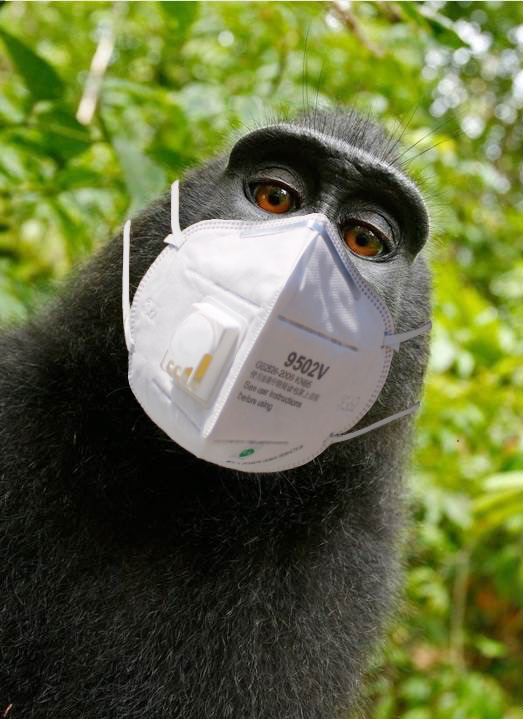 The domain name <mymorganstanleyplatinum.com> was registered in the name of an unnamed cat.  Morgan Stanley, the famous investment banking and financial services firm, is the owner of the MORGAN STANLEY family of marks and it offers credit cards under the name “Platinum.”

Morgan Stanley brought this arbitration proceeding to have the domain name transferred to it.  The proceeding was defended by Mr. Woods (a human) who claimed that he was allowed to use the domain name to conduct seminars for senior management of small and medium sized businesses regarding failures by well-known companies to register obvious domain names.

The arbitrator held that this was not a bona fide offering of goods because there was no reason actually to register such domain names in order to discuss such failures to register.

Author’s Note:  We have previously written about other cases involving asserted animal rights:

In A Trademark Got His Goat - But He Had No Legal Standing, we wrote about a failed attempt by a human to assert standing to cancel the registration of a trademark depicting “goats on a roof of grass” for restaurant services.  The petitioner unsuccessfully argued that the mark was demeaning to goats.

In a Food Industry Update, we also wrote about several somewhat more successful cases brought by a company formed to exploit rights related to a cat named Tarder Sauce which was known as GRUMPY CAT. 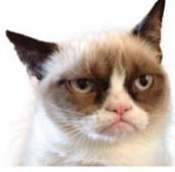