The 2019 Edition of the World Trademark Review 1000 included comments about us from some of our clients:

“Cowan Liebowitz & Latman is extremely well qualified in all aspects of intellectual property and has the right people and resources in place to get the job done.” “Its legal experts are vastly experienced and demonstrate the highest degree of professionalism, teamwork and attention to detail; they handle portfolios with exceptional care and provide clear and effective directions when dealing with the most complex trademark matters.” “The firm’s track record is very impressive, and the fees it charges are reasonable and fair.”

Our Litigation & Dispute Resolution Group has been a strong contributor to this track record.  We are pleased to tell you about a selection of cases we have been handling during the past year.

For fruit snacks and gummies candy

Richard Mandel and Jonny King have been handling a number of trademark and trade dress infringement cases for our client, Promotion in Motion (PIM), a major candy company.  One such case involved the extremely popular WELCH’S FRUIT SNACKS from PIM and its licensor, Welch Foods Inc.  In a lawsuit brought in New Jersey federal court against Kervan USA LLC, our client claimed that the planned packaging for Kervan’s newly-launched “Sunkist fruit gummies” product infringed the trade dress of WELCH’S FRUIT SNACKS.  Further, our client claimed that Kervan’s imported sour watermelon candy had a shape and color combination essentially identical to that of our client’s SOUR JACKS products.

Our clients moved for a temporary restraining order and preliminary injunction, and after the motion had been fully briefed, the parties reached a settlement:  Kervan agreed to a Consent Judgment endorsed by the Court, changed the packaging to a non-infringing format, and modified the product shape.  Promotion in Motion, Inc. and Welch Foods Inc. A Cooperative v. Kervan USA LLC, 2:18-cv-11670 (D. New Jersey 2018).

Jonny King and Eric Shimanoff have worked on a number of trade dress infringement cases and oppositions for CAR-FRESHNER Corp, the manufacturer of the famous LITTLE TREES air fresheners.  For example, we brought a trademark infringement and unfair competition action in a New York federal court against Balenciaga America, Inc. claiming that its high-end key rings slavishly copied our client’s Tree Design marks.  The case was settled to our client’s satisfaction.

In one recent case, we brought a trademark infringement and dilution action in a California federal court against a craft brewery called Knee Deep that introduced a beer using the name BREAKING BUD, that was presented with a highly similar logo and other indicia relating to our client’s Emmy award-winning television series BREAKING BAD.

Knee Deep claimed that its use was a parody protected by the First Amendment.   Sony maintained that the use on the label of a beer can was a purely commercial use and could not be considered an “expressive work.” This case was settled through mediation.  Sony Pictures Television Inc. v. Knee Deep Brewing Company, No. 2:18-CV-03221-PA-FFM (C. D. Calif. 2018).

In a trademark cancellation proceeding before the Trademark Trial and Appeal Board of the U.S. Trademark Office relating to the highly successful hit reality television show SHARK TANK, we petitioned to cancel, on behalf of Sony Pictures, a registration for a stylized version of the SHARK TANK mark for various financial services.

The registrant voluntarily surrendered his registration and contested the TTAB’s right to enter a judgment against him in the cancellation proceeding.  The TTAB rejected his arguments and entered a final judgment in Sony Pictures’ favor, after which the registration was cancelled.  Sony Pictures Television Inc. v. Howard H. Berger A/K/A Marina Capital Partners, Cancellation No. 92060383 (T.T.A.B. 2018).

We succeeded in convincing the TTAB that MAJOR LEAGUE BASEBALL is “commercially strong” and that the subject mark was likely to cause confusion.  The TTAB accepted our position and cancelled the registration.  Major League Baseball Properties, Inc. v. Christopher Webb, Cancellation No. 92060903 (T.T.A.B. July 18, 2018).

A Nasty and Dirty Trademark Proceeding

Eric Shimanoff and Joel Karni Schmidt represented our client Nasty Pig, a popular designer and retailer of provocative men’s clothing, in a long-running opposition that was originally filed in 2014.  The dispute related to Janoskians LLC’s application to register the mark DIRTY PIG for clothing, as well as use of the DIRTY PIG mark by a licensee.

The opposition involved a noteworthy counterclaim in which Janoskians asserted that our client’s registrations should be invalidated on the ground that the mark NASTY PIG is scandalous and immoral.  While the case was pending, the U.S. Court of Appeals for the Federal Circuit held in an unrelated court action involving different parties that the provision of the Trademark Act that prohibits registration of immoral or scandalous marks is an unconstitutional violation of the First Amendment’s free speech clause.  That decision is being reviewed by the U.S. Supreme Court. In the meantime, the TTAB sustained our client’s opposition and dismissed the counterclaim.  Recent Internet searches suggest that Janoskians’ licensee has ceased selling DIRTY PIG merchandise.  Nasty Pig, Inc. v. Janoskians LLC, Opposition No. 91217154 (T.T.A.B. 2018).

The court held:  “Wine Enthusiast is entitled to dismissal of Vinotemp’s claim of patent infringement.  No ordinary observer using the Vinotemp wine rack would think, when considering the patented design features of the Rack Face as a whole and in the normal course of such use, that the Rack Face was substantially similar in design to Wine Enthusiast’s shelf front on its wine racks.”  “The D936 Patent, even if valid, does not give Vinotemp monopoly rights over all black structures affixed to the front of wine racks. It seeks protection for a particular design of a Rack Face.  Vinotemp has not plausibly pled that Wine Enthusiast’s shelf front infringes the D936 Patent.”  Wine Enthusiast, Inc. v. Vinotemp International Corporation, 317 F. Supp. 3d 795 (S.D.N.Y. 2018).

We previously reported that Richard Mandel and Jonny King represented our client Capitol Records in a copyright infringement action in New York federal court against an online start-up company, ReDigi Inc. This case presented an issue of first impression as to whether the first-sale doctrine of the U. S. Copyright Act permits consumers who lawfully purchase digital music via iTunes to re-sell the recordings in a second-hand online music market.  Capitol’s motion for summary judgment was granted and the court held that ReDigi had direct, contributory and vicarious liability.  Capitol Records, LLC v. ReDigi Inc., 940 F. Supp. 640 (S.D.N.Y. 2013).

Thereafter, this case was settled without trial for an agreed damage award of $3.5 million, subject to ReDigi’s appeal of the summary judgment award.  The Second Circuit has now affirmed the decision in our client’s favor, holding that ReDigi’s technology involved unauthorized reproductions of the copyrighted sound recordings.  Capitol Records, LLC v. ReDigi Inc., 910 F.3d 649 (2d Cir. 2018). 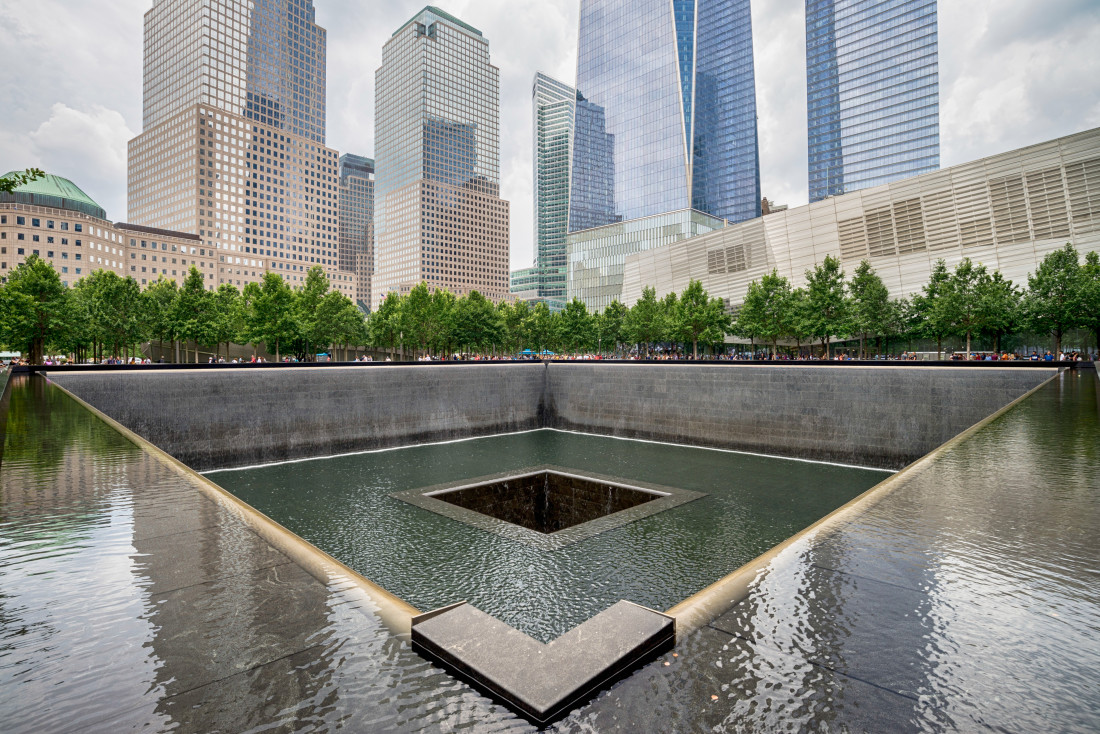 Thomas Kjellberg and Joel Karni Schmidt represented Hilary North, the author and copyright owner of a literary work titled “How My Life Has Changed” (the “9/11 Work”) in a claim against Chronicle Books and Shaun Usher.   Ms. North worked at Aon, which was located in the South Tower of the World Trade Center, and was late for work on the morning of September 11, 2001.  In the days after 9/11, Ms. North wrote the 9/11 Work, her personal response to the September 11 catastrophe and its aftermath.  The claim involved the unauthorized inclusion of the 9/11 Work in a book titled “Lists of Note: An Eclectic Collection Deserving of a Wider Audience,” compiled by Mr. Usher.  We successfully resolved the dispute and Ms. North donated the proceeds of the settlement to the 9/11 Museum and Memorial.

Our Military Justice practice, under the direction of former U.S. Navy JAG officer and Military Judge Ron Meister, continues to thrive.  We are assisting an active duty officer on retirement issues, representing a former student at the United States Merchant Marine Academy in a civil suit in federal court, and defending a Navy officer on charges arising out of the so-called “Fat Leonard” scandal, in which a contractor is charged with bribery and corruption in the U.S. Seventh Fleet.  We continue to represent the National Institute of Military Justice and supervise its Guantanamo Bay observer program.

We welcome to our firm:

Prior results do not guarantee a similar outcome