We continue to join many companies in exercising restraint from April foolery during the pandemic.  But we cannot resist telling you about a case filed in the U.S. District Court for the Southern District of California in March 2021 concerning a 2020 April Fools’ Day post. 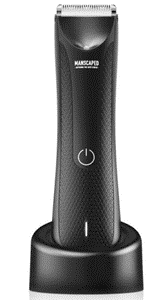 Sean Farrell applied for a job at Manscaped in February 2020. In response to a request from the Director of Social Media of Manscaped, Farrell allegedly sent him an email in early March 2020 with a four-page marketing and social media strategy for a fake App called TRIM for an April Fools’ promotion: “The new app for meeting new people – who are clean cut below the belt.”  Farrell claims that his submission contained three cell phone advertisements for the fake app. A personal interview followed for the Social Media Manager position, but a week or so later, Farrell was told he was not being hired.

On April 1, 2020, Manscaped distributed an April Fools’ post on its social media pages which Farrell claims depicted “an image of a cellular phone showcasing a fake dating mobile application catering to matching people based on the person’s personal grooming habits.”

Farrell’s response was to register claims to copyright in his submission and email, and to sue Manscaped claiming that its posts infringed his copyrights, breached an implied-in-fact contract either to hire him or to compensate him for the use of his submission, and misappropriated trade secret rights in his confidential submissions.  He is seeking, among other remedies, statutory copyright damages for willful infringement of not less than $150,000.

Manscaped has not answered the complaint as of this writing.  But whatever happens, this real case about a fake app is a reminder that both creators and users should take intellectual property rights seriously even when engaging in April foolery.

We look forward to next year’s April Fools’ Day in the hope that the pandemic will have passed, and once again we will feel comfortable highlighting companies that display a sense of humor and creativity in advertising their brands and products.