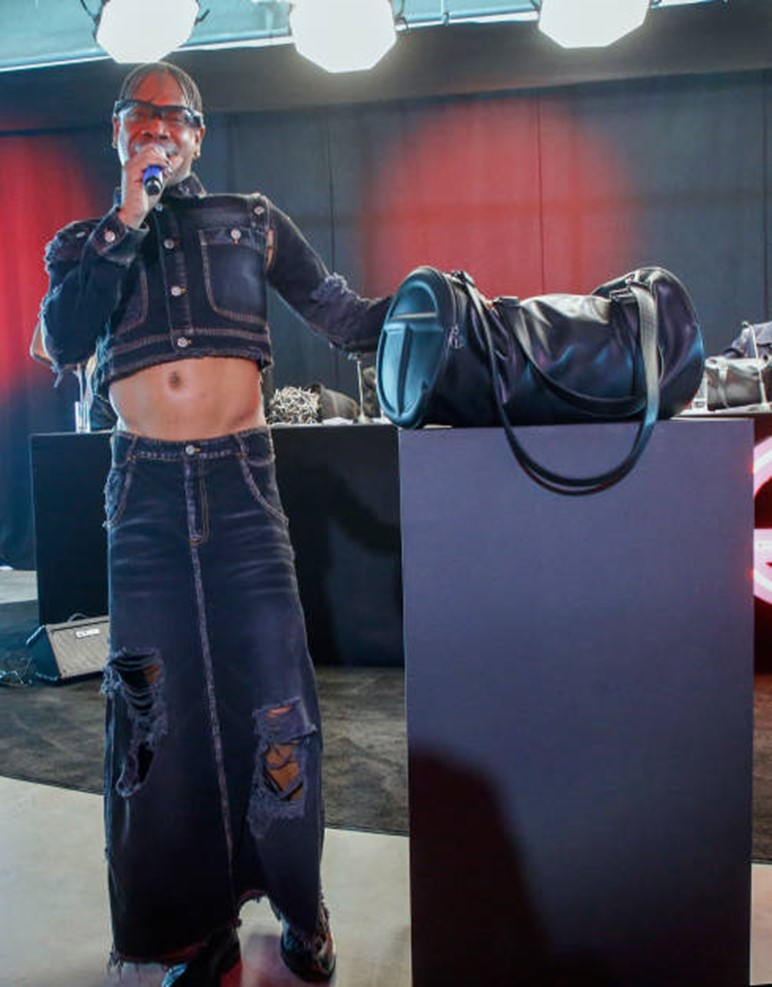 Telfar recently became famous for his self-named, unisex, vegan faux leather shopping bag. Although he admires designers like Jean Paul Gaultier and Vivienne Westwood for blurring the gender lines in their designs, Telfar designs clothing and accessories with accessibility in mind while also creating an aura of exclusivity. He finds inspiration in big-box stores like JCPenney and outfits he sees on strangers while riding his bike through New York.

Telfar has been designing since the age of 18. He grew up in New York and in Liberia and found his desire for fashion in high school. Telfar founded his eponymous brand in 2005 while studying at Pace University. Telfar was marketing unisex clothing a decade before major design houses, Gucci, Tom Ford, and Balenciaga had coed runway shows. He sustained himself by working as a model and DJ as he developed his brand. Telfar strongly believed in his community’s input on his work, and when Babak Radboy joined the brand full-time in 2013, he found the creative partner he needed to structure his brand for success.

In 2014, Telfar released his first collection of the Telfar Shopping Bag. At the time, it was coined the “Bushwick Burkin.” His “trend-agnostic” designs earned him the CFDA/Vogue Fashion Fund Award in 2017, which he used to further fund production of the Telfar Shopping Bag. Telfar’s dedication to his craft really began to pay off in 2020. As the pandemic raged on, the popularity of Telfar’s bags skyrocketed, with collections selling out seconds after release. Telfar’s seemingly overnight rise to fame lead the New York Times to call 2020, “the Year of Telfar.”

Telfar remains committed to designing unisex and accessible fashion despite the challenges he acknowledges facing as a black designer.