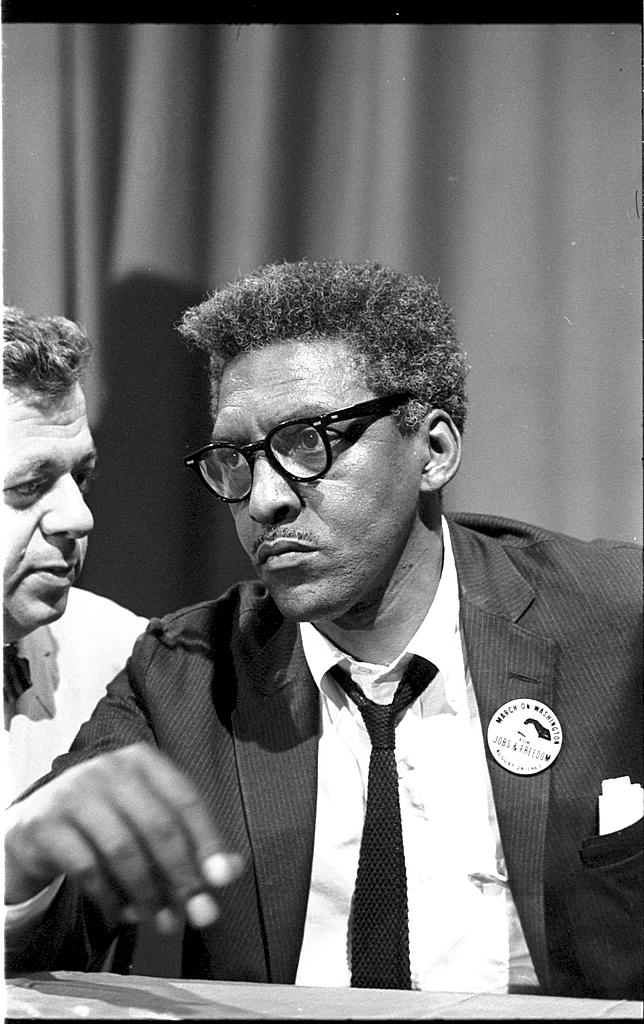 In recognition of LGBTQI+ Pride Month, Cowan, Liebowitz & Latman honors Bayard Rustin, a trailblazing openly-gay activist, who dedicated his life to advancing civil rights, but was overshadowed by other civil rights activists who kept him in the background to avoid controversy over his sexuality.

Bayard Rustin’s personal and activism philosophy blended elements of Mahatma Gandhi’s non-violent civil disobedience, A. Philip Randolph’s socialism and Quaker pacifism. During World War II, Rustin spent two years in jail for refusing to register for the draft. In 1947, Rustin took part in protests against the segregated transit system and was arrested and sentenced to hard labor for weeks. By the 1950s, Rustin had become an expert organizer of human rights protests.

Rustin then taught Dr. Martin Luther King, Jr. non-violent civil disobedience principles and tactics, and assisted King in organizing the Montgomery Bus Boycott in 1956.  Rustin also was the principal organizer of the 1963 March on Washington.  In 1965, Rustin and his mentor, A. Philip Randolph, co-founded the A. Philip Randolph Institute, a labor organization for African American trade union members.

Although Rustin was not closeted, he conducted much of his civil rights work in the background at the request of other civil rights leaders, who considered his homosexuality a liability if exposed on a broader scale.  Despite his tremendous contributions to the civil rights movement, Rustin was pressured by prominent civil rights leaders to part ways with the Southern Christian Leadership Conference in the mid-1960s, after Senator Strom Thurmond from South Carolina publicly called Rustin a “pervert” and disclosed Rustin’s prior arrest for “homosexual behavior” during the Senate hearings on the March on Washington.

Rustin finally spoke out publicly in the 1980s about the sexuality he had muffled at the behest of others during the civil rights movement.  He also became active in gay causes, including the fight against AIDS and encouraging people, especially people of color, to publicly come out of the closet.

Rustin passed away in 1987 at the age of 75 while providing humanitarian aid in Haiti, leaving behind a multitude of accomplishments, many of which have only come to light in recent years. Most of Rustin’s honors and recognitions have been granted posthumously.