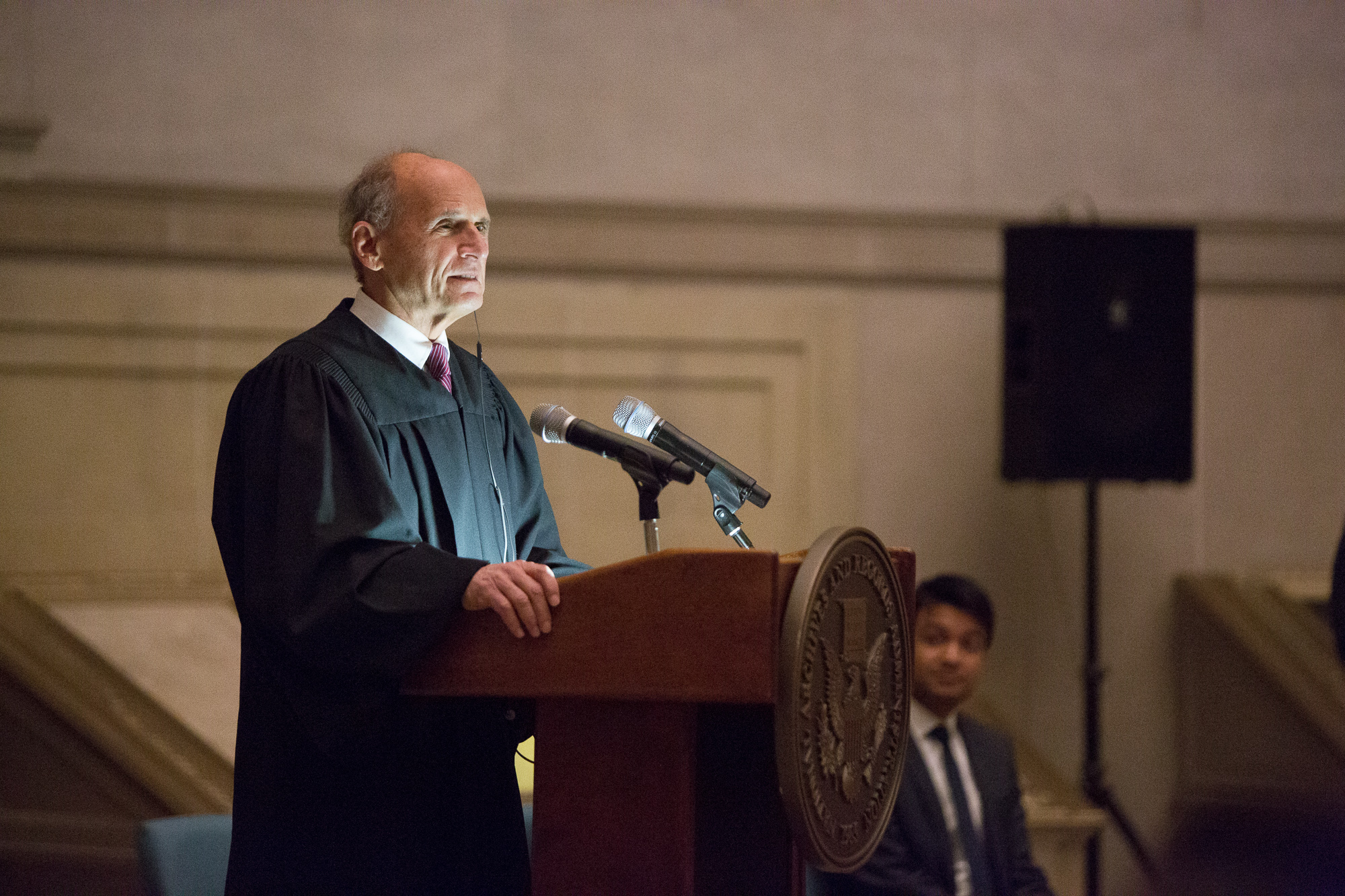 Judge David S. Tatel was confirmed to the U.S. Court of Appeals for the D.C. Circuit in 1994. Since then, he has dutifully served his country from the bench, never allowing his disability to slow his progress. Cowan, Liebowitz & Latman invites you to learn more about Judge Tatel.

David S. Tatel was born in Washington, D.C., on March 16th, 1942. At age 15, Tatel was diagnosed with retinitis pigmentosa, a genetic disorder that causes vision loss, though it did not begin to interfere with his studies until law school. In 1963 he received a Bachelor of Arts in Political Science from the University of Michigan, where he met his wife, Edie. While at the University of Chicago pursuing a J.D., Tatel’s vision deteriorated, and he stopped driving in his third year. He nevertheless earned his J.D. from the University of Chicago Law School in 1966. After graduating, Tatel remained at his alma mater as an instructor before joining Sidley Austin in Chicago.

In 1972 he lost his eyesight due to retinitis pigmentosa. However, Tatel refused to allow blindness to cap his potential. Early in his career, he needed everything read to him, from briefs to mail. However, he has developed a series of workarounds, taking advantage of the latest technology, including a Braille computer and an audio reader. Judge Tatel now listens to the audio reader at four times speed, tearing through newspapers daily.

Judge Tatel has a strong dedication to equal opportunity, especially the rights of minorities in education. In 1972 he left private practice to lead the Chicago Lawyers’ Committee for Civil Rights Under Law. He returned to private practice in 1974, only to leave to become the Director of the U.S. Department of Health, Education and Welfare Office of Civil Rights in 1977. As Director, Tatel led the office in clearing a massive backlog left behind by previous administrations.

In 1979 Tatel joined Hogan & Hartson, where he headed a group of 15 attorneys specializing in education law and representing several school districts across the nation. He built a reputation for himself as a civil rights attorney, trying to desegregate public schools. He remained in private practice until 1994, when President Clinton nominated him to the D.C. Circuit to replace Justice Ginsburg. On the bench, Judge Tatel has maintained his “analytic, energetic approach to the law and appreciation for the real-world impact of his decisions.”

In addition to his technological assistance, Judge Tatel has been accompanied by his guide dog Vixen since 2019. Although training proved to be difficult for both of them, they quickly grew to understand each other, and Vixen has stood by his side dutifully ever since. Now, at age 80, Judge Tatel has decided to take a lighter caseload, electing to take “senior status.” In his nearly three-decade tenure on the court, Tatel believed he could use rational arguments to persuade his colleagues and was also always open to persuasion.