We are pleased to bring you our latest update summarizing legal developments and trademark cases we believe are interesting and instructive for the beverage alcohol industry.

As of January 1, 2018, the Craft Beverage Modernization and Tax Reform Act of 2017 (CBMTRA) enacted various benefits:

See the Act itself for details.  https://www.congress.gov/bill/115th-congress/senate-bill/236/text.

A decision on likelihood of confusion in a TTAB opposition was binding in a subsequent infringement case in federal court.

Until recently, parties battling likelihood of confusion claims in trademark oppositions might not litigate them to the fullest because TTAB decisions on registrability were not given great weight in court proceedings involving infringement claims.  This is changing.

In January 2003, Cesari S.r.L., an Italian winery registered the trademark LIANO for “wines.” The very next month, Peju Province, a Northern California winery, applied to register LIANA for “wines.”  Cesari opposed, and in 2004 the TTAB found confusion likely despite Peju’s attempt to distinguish the types of wines of the respective parties—Cesari’s Italian red Sangiovese/Cabernet Sauvignon and Peju’s Napa Valley Chardonnay dessert wine. 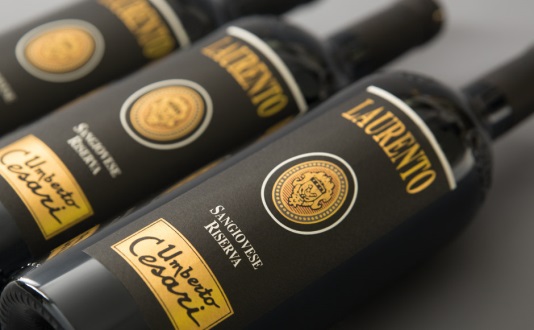 Peju did not appeal, but over the next thirteen years it used LIANA for “wines” and even expanded its product line to a different varietal and founded a new winery called “Liana Estates.”

In 2016 when Peju again applied to register its mark, Cesari again opposed and also brought a trademark infringement suit in the US District Court for the Southern District of New York.

Cesari moved for a summary judgment that Peju was precluded from re-litigating the likelihood of confusion issue the TTAB had decided in 2004.  This position was in accordance with the US Supreme Court decision in B&B Hardware, Inc. v. Hargis Indus., Inc., 135 S. Ct. 1293 (2015):

So long as the other ordinary elements of issue preclusion are met, when the usages adjudicated by the TTAB are materially the same as those before the district court, issue preclusion should apply.  Id. at 1319.

The District Court recognized that, in an infringement action, a court analyzes the parties’ use in commerce, in contrast to an opposition proceeding in which the TTAB analyzes the marks, goods and channels of trade only as set forth in the application and registration, regardless of actual marketplace usage, which might differ.

However, in this case, and perhaps for the first time in any case, the Court found that the attempted distinction of marketplace usage was not material.  “Wines purchased by sophisticated consumers, after all, are still wines” it said.  Cesari S.r.L v. Peju Province Winery L.P., 1:17-cv-00873 (S.D.N.Y. 2017).

Editor’s Note:  It is possible that Peju will appeal this decision.  But this decision suggests that TTAB oppositions should be taken seriously in the first instance, and that adverse decisions should sometimes be appealed to a federal district court to avoid issue preclusion later.

A Consent Agreement between beer brewers was rejected for lack of detail.

For many years, the Trademark Office tribunals admonished trademark examining attorneys to give “great weight” to consent agreements reflecting the parties’ views that marks could coexist without a likelihood of confusion.  But this may not apply in all cases.

8-Brewing LLC applied to register 8-BIT ALEWORKS (in standard characters) for “beer.”  The Examining Attorney refused registration based on the registered mark 8-BIT BREWING COMPANY (registered in standard characters and also in logo form) for “beer” and other beverages.  The applicant appealed, having submitted a consent agreement, which normally would be entitled to “great weight.”  The agreement had an Exhibit A depicting the respective marks only in logo form.

Editor’s Note:  This decision illustrates the care that must go into negotiating a consent agreement.  It echoes a similar outcome about one year ago in which a consent agreement was rejected regarding the applied-for mark TIME TRAVELER BLONDE and the registered mark TIME TRAVELER, both for “beer.”  In re Bay State Brewing Company, Inc., Application No. 85826258 (T.T.A.B. 2016).

Would you have guessed the outcome of this opposition?

A small-town North Carolina brewpub named Innovation Brewing, which reportedly sold only about 500 barrels in 2015, applied to register INNOVATION BREWING (in standard characters).  Bell’s Brewery Inc., an established Michigan brewery with sales of more than 310,000 barrels annually, filed an opposition in the TTAB based on its registration of INSPIRED BREWING and its unregistered slogan BOTTLING INNOVATION SINCE 1985. 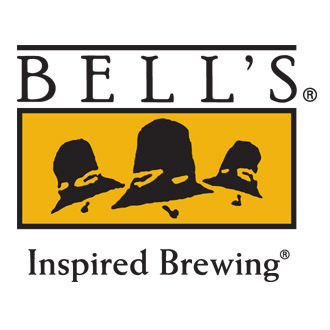 The TTAB refused to consider the unregistered slogan for various technical reasons.  It went on to find that there were some factors favoring a finding of likelihood of confusion between the applied-for mark and the registered mark: the parties’ goods, customers and channels of trade were identical, and beer is inexpensive and subject to impulse purchase.  But the TTAB dismissed the opposition based on its determination that the marks INNOVATION BREWING and INSPIRED BREWING were dissimilar in appearance, sound, connotation and overall commercial impression.    Bell’s Brewery, Inc. v. Innovation Brewing, Opposition No. 91215896 (T.T.A.B. 2017).

Editor’s Note:  It remains to be seen whether Bell’s Brewery will appeal to a federal district court so that it can put in evidence as to its unregistered slogan, which includes the term INNOVATION.

Would you predict the registrability of these marks?

1. The Examining Attorney refused registration of FARM TO TABLE (in standard characters) for “wines” on the ground that it was merely descriptive of the goods. The applicant appealed. 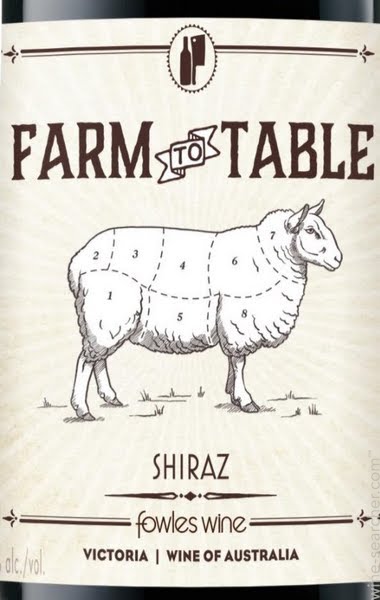 The TTAB affirmed the refusal of registration.  The TTAB noted that numerous third parties had used that term for food and wines from many different sources as part of a trend toward local sourcing and production. Further, as used on applicant’s own website, this term would be perceived as merely informational.  The TTAB rejected the argument that “fresh” wines available literally from farm to table would merely be unaged and undrinkable grape juice. It found that the phrase FARM TO TABLE describes locally sourced wines that may be consumed with locally sourced foods.  In re Fowles Wine Pty Ltd., Application No. 79157017 (T.T.A.B. 2017). Fowles thereafter abandoned this application.

2. Consejo Regulador del Tequila, A.C. applied to register TEQUILA (in standard characters) as a certification mark essentially for “spirits distilled from . . . the agave plant” and manufactured in Mexico. Luxco, Inc. opposed on the ground that “tequila” was generic for a type of distilled spirits. 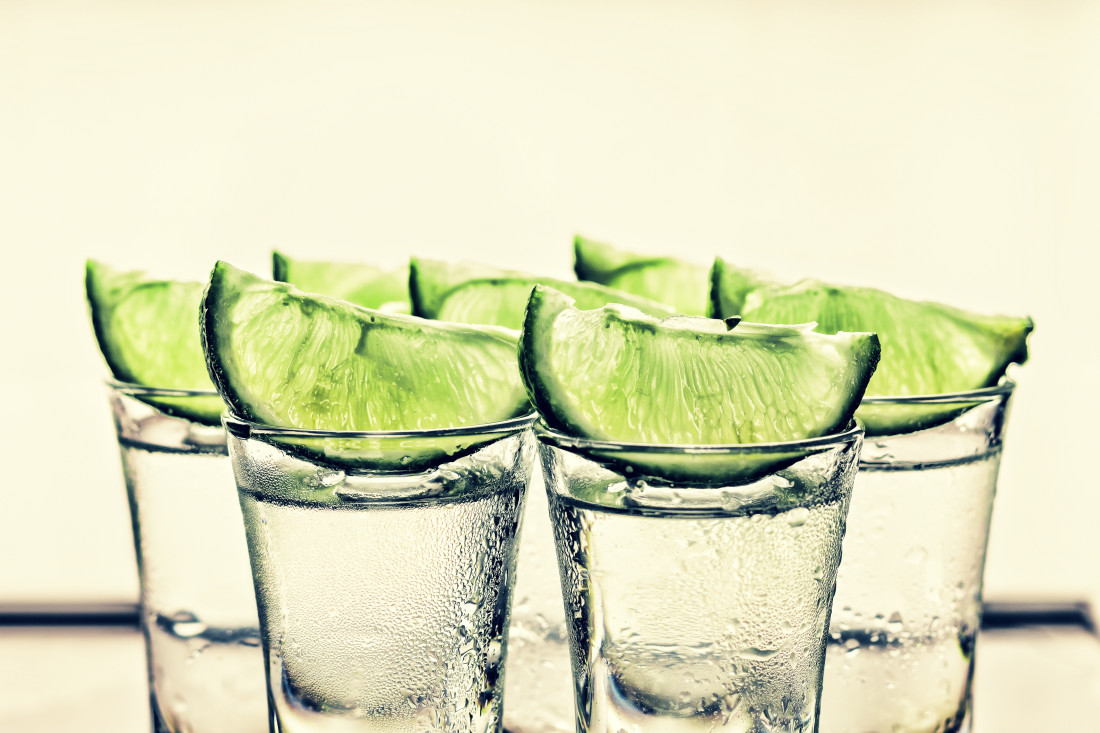 The TTAB found that the applicant was “accredited and approved” to verify compliance with the Official Mexican Standard for Tequila, and that the evidence showed that TEQUILA was not generic but rather had significance as a designation of geographic origin.  Therefore, the opposition was dismissed.  Luxco, Inc. v. Consejo Regulador del Tequila, A.C., Opposition No. 91190827 (T.T.A.B. 2017).  This registration was issued, Reg. No. 5225126.

We know the beverage alcohol industry.  Our clients include vineyards, craft breweries and retailers, and we represent start-ups as well as some of the world’s leading companies.