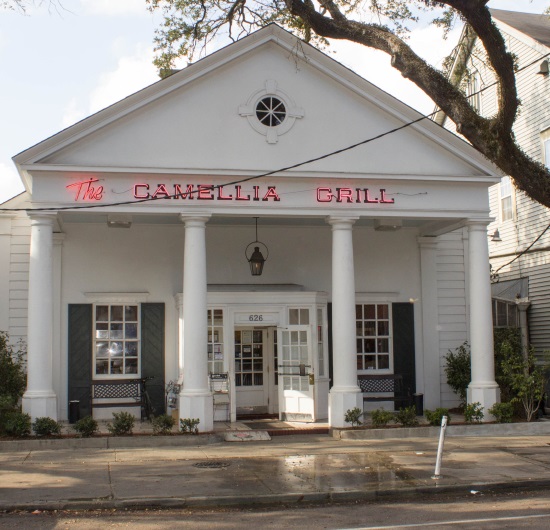 There were three contracts in 2006: (1) Cash Sale of the Carrollton real estate for $490,000; (2) Bill of Sale to Uptown Grill of “tangible personal property” expressly including trademarks for $10,000; and (3) License Agreement permitting use of the trademarks for $1 million.

In 2010, Khodr opened a Camellia Grill on Chartres Street in the French Quarter of New Orleans, even though the parties had been in litigation over the rights to use that name since 2008.  Uptown Grill sought a declaration of the parties’ respective rights and CGH asserted trademark infringement for the continued use of the name after the License Agreement had been cancelled pursuant to a decision in an earlier case.

The Fifth Circuit affirmed as to the Bill of Sale’s conveyance of the trademarks relating to the Carrollton Avenue location, but remanded to the District Court for a determination of the rights apart from that location, which were not mentioned in the Bill of Sale and which the License Agreement had said were reserved by the Licensor.

On remand, the District Court pointed out that the License Agreement expressly provided that in the event of termination, the licensee and its affiliates would cease to use the marks.  Therefore, it found that, although Uptown Grill owned the intellectual property rights relating to the Carrollton Avenue location under the Bill of Sale, it did not have the right to use the restaurant name elsewhere under the express terms of the terminated License Agreement.