When adopting a new brand, it is important to make sure the new brand does not infringe another company’s existing trademark rights.  Typically, infringement occurs when there is a likelihood of confusion between the company that adopted the new trademark (the junior user) and the company that owns an existing trademark (the senior user) such that consumers believe that the junior user’s mark is associated with the senior user of the mark.  “Reverse confusion” arises when the junior user is so well-known that consumers are likely to mistakenly believe that the senior user is the infringer.  The reverse confusion issue recently arose in the following high-profile case.

Vibes Media, LLC  (the senior user) had registered a VIBES Logo, which it had used since 2011, in the field of disseminating advertising and marketing materials for others, for wireless delivery to handheld computers, laptops and mobile electronic devices. 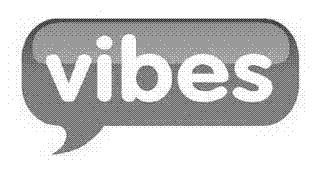 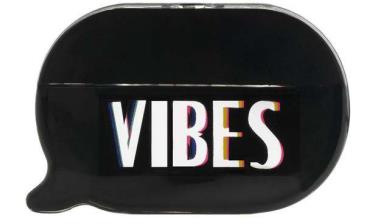 You might think that the fragrance field and the mobile marketing communications field are sufficiently unrelated, with different channels of trade and different customers, that there would be no likelihood of confusion regardless of the similarity of the word marks and logos.  However, because the Kardashians are high-profile celebrities, Vibes Media claimed that there was a high likelihood of “reverse confusion” in that consumers might mistakenly believe that Vibes Media copied the Kardashian logo.

This case was recently dismissed following settlement.  It shows that, in adopting a new fashion brand or logo, particularly for use in association with a celebrity, you should be careful to avoid the potential risk of incurring expenses to defend against a claim of reverse confusion with a similar word mark or logo already in use, even if the existing mark is used in an unrelated field.

In a recent case, an apparel company succeeded in overcoming a refusal relating to its use of the word ANAHEIM as part of its trademark.

Red Flags Fly, Inc., located in Los Angeles, California, applied to register a mark consisting of the words ANAHEIM HILLBILLIES in stylized gothic lettering for various articles of clothing.  The Examining Attorney refused registration of the mark on the ground that ANAHEIM was primarily geographically descriptive and must be disclaimed.  The applicant appealed to the Trademark Trial and Appeal Board (TTAB), which reversed the refusal.

The TTAB held that the record did not show that the applicant’s goods originated from Anaheim, California, even though the record did show that the applicant was located in Anaheim.  Furthermore, the TTAB found that the juxtaposition of ANAHEIM (a city) with HILLBILLIES (people who live in the countryside) created an incongruity rendering the mark unitary in that the two words should be considered together as a single term.  The gothic stylization in the mark also was found to create still another point of irony.  Therefore, the TTAB held that the ANAHEIM portion of the mark was not primarily geographically descriptive and reversed the disclaimer requirement.

This case shows that, even if your company is based in the location used in your mark, the mark may not be primarily geographically descriptive if your goods or services do not originate from that location.  The case also shows that the combination of a geographic term with another term, and perhaps even unique stylization, in some circumstances may result in a distinctive unitary mark.

Author’s Note:  A mark that is, in fact, primarily geographically descriptive still may be registrable after the mark has become distinctive through use and advertising as an indicator of source of the goods or services (also known as acquiring “secondary meaning”).  However, if the goods or services do not originate from the location but consumers are likely to believe otherwise and this would be a material factor in a significant portion of the relevant consumers’ decision to purchase the goods or use the services, the mark may be considered to be “primarily geographically deceptively misdescriptive.” Such a mark cannot be registered under any circumstances.