Patent Law Alert --  U.S. Supreme Court Confirms that an Offer for Sale of an Invention (even if kept secret) Triggers the Deadline to File for Patent Protection 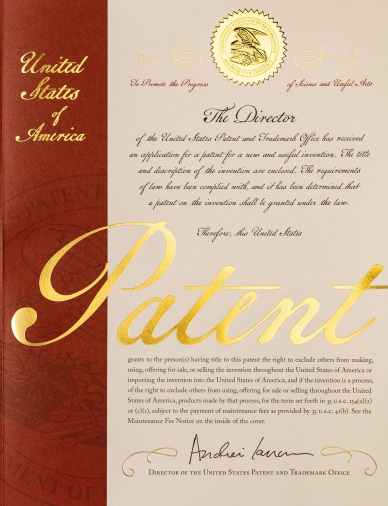 Companies that innovate and pursue patent protection in the U.S. should take note of a recent Supreme Court decision that requires that a patent application be filed for an invention within one year of an offer for sale of that invention, even if the offer was conducted in secret, the terms of the offer are not made available to the public, or the invention is not made available to the public.

U.S. patents filed after March 16, 2013, are examined in accordance with the rules of the Leahy-Smith America Invents Act (“AIA”), which was enacted in 2011.  The AIA made significant changes to U.S. patent law, but it was unclear whether the new law changed the treatment of offers for sale of an invention that had secret components, and this question has remained open since the AIA’s enactment. U.S. patent law before the AIA required that a patent application be filed within one year of a public disclosure of the invention or any commercial offer for sale of that invention.

The Supreme Court, in a unanimous decision, has just confirmed in Helsinn Healthcare S.A. v. Teva Pharmaceuticals USA, Inc. (2019) that the law has not changed in this respect. The Supreme Court specifically held that under the AIA an entity is barred from receiving a patent on an invention if the invention is “on sale”  more than a year before the patent’s effective filing date, even if the details of the invention itself are not made available to the public.

Helsinn Healthcare S.A. is a Swiss pharmaceutical company that makes a drug to treat chemotherapy-induced nausea and vomiting, which utilizes the active ingredient palnosetron. In 2000, a few years after acquiring the right to develop palnosetron, Helsinn entered into written agreements with MGI Pharma, Inc., a Minnesota pharmaceutical company that markets and distributes drugs in the United States. Under those agreements, Helsinn agreed to supply palnosetron to MGI and granted MGI the right to distribute, promote, market, and sell palnosetron in the United States. The agreements required MGI to keep confidential any proprietary information received from Helsinn. While the existence of the agreements was announced publicly via a joint press release, the press release did not disclose the specific drug formulations.

In January 2003, nearly two years after Helsinn and MGI entered into the agreements, Helsinn filed a first patent application for palnosetron. Helsinn filed for three additional patents over the next ten years, and each claimed priority to the original January 2003 filing date. The last patent, filed in May 2013, is the subject of the Supreme Court decision.

In 2011, Teva Pharmaceuticals, an Israeli company that manufactures generic drugs, and its American affiliate sought approval from the FDA to market a generic version of palnosetron. Helsinn sued Teva for patent infringement. In response, Teva asserted that the 2013 patent was invalid under the AIA since the patented invention was “on sale” more than one year before the effective filing date of the patent. Teva argued that, as in the previous patent statute, the novelty requirements of the AIA invalidates or bars patents for inventions that were on sale, even with confidential components, more than one year before the effective date of the patent application.

The District Court held that the “on sale” provision of the AIA did not apply because the agreements that were made in 2000 did not make palnosetron available to the public. On appeal, the Federal Circuit reversed, holding that because the 2000 sale between Helsinn and MGI was  publicly disclosed, it represented an invalidating offer for sale under the AIA, regardless of whether the proprietary details of palnosetron’s formula were disclosed to the public.

The Supreme Court accepted the case to determine whether, under the AIA, a sale or offer for sale of an invention to a third party who is obligated to keep the invention confidential places the invention “on sale” under the statute, and thus subject to the novelty requirements of the AIA.

In its analysis, the Supreme Court revisited its prior decisions under the pre-AIA law, which  repeatedly held that an offer for sale, regardless of its confidential nature, represented an “on sale” under the statute, and thus was subject to the one-year time limit for filing an application.  The Court noted the “well-settled meaning” of the term “on sale” and concluded that since Congress used the same language in the AIA, it must have also accepted and adopted the earlier judicial interpretation of “on sale.”

The Supreme Court’s holding in Helsinn maintains the status quo: companies must file for patent protection in the U.S. within one year of a commercial offer for sale of the invention, even if the proprietary details of the invention are not disclosed to the public at the time of the offer or even if the offer itself is maintained in confidence by the parties.  Innovating companies that seek patents should therefore remain mindful that their commercial activities may impact their patent rights if patent applications are not timely filed.