Restaurants like to adopt names that tell customers about the nature of the restaurant in some interesting way.  But it can be difficult to register a descriptive name as a service mark.

A mark is merely descriptive if it immediately conveys knowledge of a quality, feature, function, or characteristic of the goods or services with which it is used.  If your restaurant name is “merely descriptive,” you cannot get exclusive rights to that name without proof that customers have come to recognize the name as identifying your restaurant and distinguishing it from others (known as acquiring “secondary meaning”).  But if the name is “suggestive,” it is considered inherently distinctive without further proof.  The dividing line is thin. 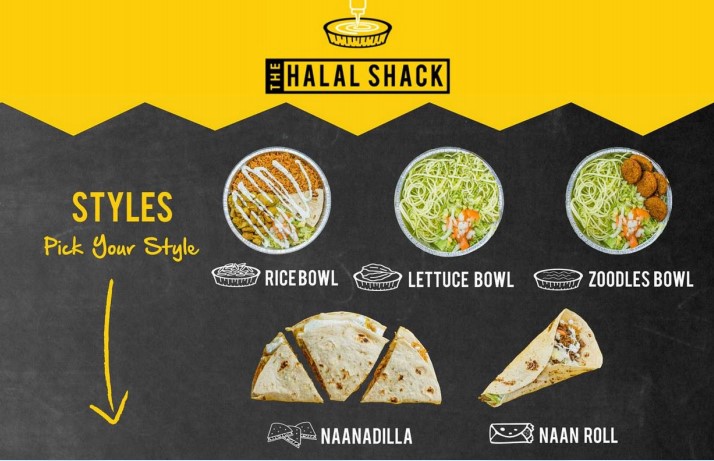 The Halal Shack Inc. adopted THE HALAL SHACK as its name for “restaurant services.”  It then applied to register that name on the Principal Register (which is for marks that either are inherently distinctive or have acquired secondary meaning).  After the examining attorney refused registration on the ground that this name was merely descriptive of the services, the Applicant amended that application to the Supplemental Register (which is for marks that are merely descriptive and have not yet acquired secondary meaning) and that registration was issued as Supplemental Register Registration No. 5331791.

Barely two weeks later, the Applicant filed another application to register the same name on the Principal Register for the same services, and the examining attorney again refused registration because the mark was merely descriptive of the services.  The Applicant appealed to the Trademark Trial and Appeal Board (TTAB).

“HALAL” describes a food sourced and prepared following strict Islamic dietary guidelines, which is the type of food featured in the Applicant’s restaurant.  So the crux of this dispute centered on the significance of the word SHACK.  The examining attorney contended that this describes the Applicant’s venue, namely “a simple, small building.”  In support, the Examining Attorney introduced a single news article and some third-party registrations of restaurant names in which the term “SHACK” had been disclaimed.

The Applicant countered that a “shack” as commonly understood would not pass inspection for serving food by any state or local authority.  Thus, it argued, THE HALAL SHACK only indirectly suggested information about the rustic décor of its restaurant.  Applicant introduced other registrations in which SHACK and HUT were not required to be disclaimed as descriptive elements.

The TTAB noted that the trademark examining attorney had the burden of proof, and said that a different record might very well yield a different result.  But based on this record, the TTAB found that the evidence of mere descriptiveness was inconclusive, and that a mental process of imagination thought and perception was needed since the term HALAL SHACK was more figurative than literal because it conveyed the commercial impression of informal ambiance.

Thus, the TTAB reversed the refusal of registration on the Principal Register, and held that this mark, although highly suggestive and commercially weak, was not merely descriptive.  Furthermore, the TTAB said that the coupling of SHACK with HALAL created a degree of incongruity that carried the mark as a whole even farther across the fine line dividing the merely descriptive from the suggestive.

Author’s Note:  A merely descriptive restaurant name may seem attractive.  But it can result in a use of the same name by a competitor or a refusal of registration by the Trademark Office.  This can be expensive in attorneys’ fees and harmful as a business matter.  Therefore, you should strive to choose a name that more clearly suggests some attractive connotation about your restaurant, instead of merely describing a characteristic of it.