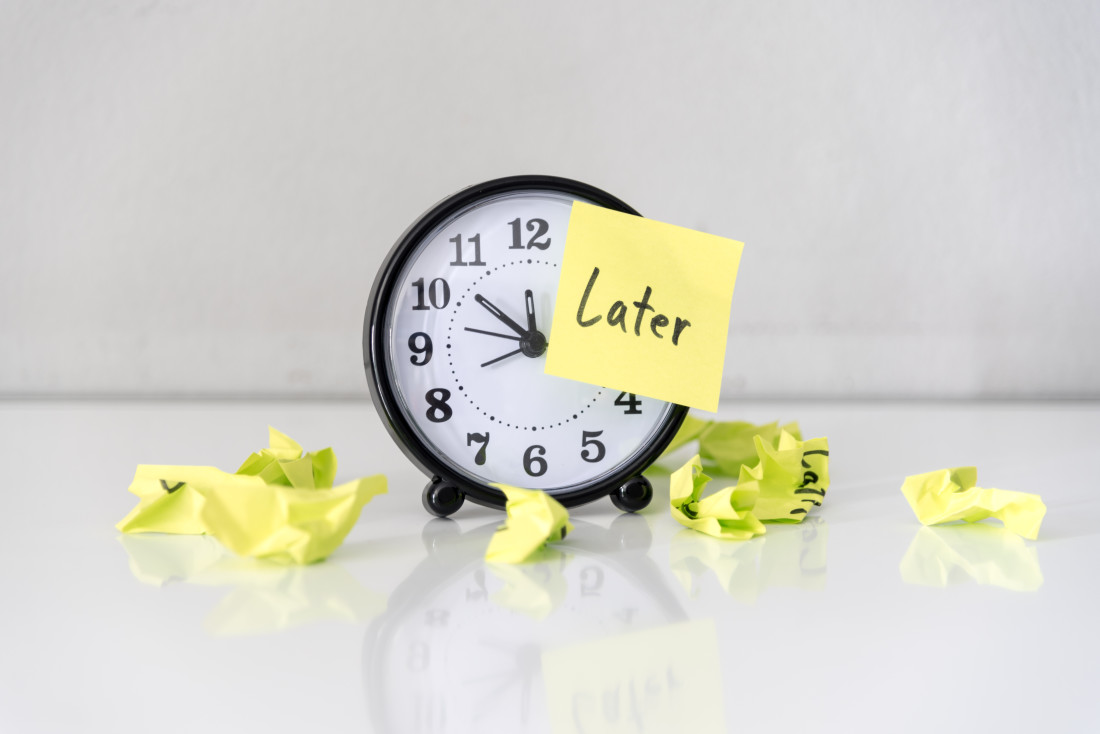 If you delay in bringing a trademark infringement suit, it may be thrown out based on the doctrine of laches, no matter how factually compelling your suit may otherwise be.

The word “peloton” is defined as a group of cyclists in a race.  Two parties adopted the identical term PELOTON as a trademark, one using the mark in connection with a cycling magazine and related goods and services, and the other using the same mark for stationary exercise bicycles and related services.  The U.S. Patent and Trademark Office issued trademark registrations to both parties.  The laches issue arose years later, when the senior user brought a trademark infringement action against the junior user over four years after first learning of the junior use.

Move Press, LLC publishes a magazine called PELOTON about cycling.  When the magazine launched in 2011, 25,000 copies of the first issue were distributed nationally.  In addition, Move Press uses its PELOTON mark in connection with its website, blog, documentaries, mobile apps and social media pages, as well as in connection with selling clothing, bags, footwear, hats and drinking containers on the pelotonshop.com website.

In 2010, Move Press applied to register its PELOTON mark on the Principal Register, which is for distinctive marks that identify and distinguish goods or services from a single source.  This application was refused on the ground that the mark was merely descriptive of PELOTON magazine’s subject matter.  Consequently, in 2011, Move Press amended its application to obtain a registration on the Supplemental Register, which is for marks that are descriptive of the applied-for goods or services but are capable of acquiring a secondary meaning as a source indicator in the public’s mind.  In 2014, Move Press filed a new application for its PELOTON mark, successfully claiming that the mark had acquired secondary meaning, and Move Press was granted a registration on the Principal Register for PELOTON for magazines featuring cycling, among other things.

Peloton Interactive, Inc. was established in 2012 to sell indoor exercise equipment (initially, stationary bikes) and to run remotely-streamed fitness classes.  In 2013, Peloton launched a Kickstarter campaign in addition to a website through which orders for its exercise equipment could be placed.  Since then, Peloton has spent more than $180 million in advertising and marketing, sold more than 360,000 exercise bicycles online, has about 70 PELOTON-branded retail showrooms across the United States, and has over 300,000 website subscribers.

In 2012, Peloton applied to register its PELOTON mark for stationary bicycles and related goods and services.  This application was initially refused because bicycle company Schwinn owned an earlier registration for PELOTON for outdoor bicycles.  After Peloton and Schwinn entered into a consent agreement (in which Schwinn consented to Peloton’s use of the PELOTON mark), Peloton’s application was granted registration on the Principal Register in 2014.  Peloton has since applied for, and obtained registrations for, its family of PELOTON marks in connection with a variety of exercise-related goods and services.

In 2013, the year in which Peloton’s stationary bikes were first sold to the public, Move Press first learned about Peloton, including through a website visit by one of Move Press’ co-founders.  After extensive top-level discussions about taking action against Peloton, Move Press sent a cease-and-desist letter to Peloton in mid-2014, demanding that Peloton cease use of the PELOTON mark and abandon its trademark registrations and applications.  Peloton promptly wrote back to Move Press, denying that any likelihood of confusion or dilution existed, unequivocally stating that it considered the matter resolved and inviting further discussion if Move Press disagreed with Peloton’s assessment.  Move Press never responded or reached out to Peloton before filing suit over three years later.

In 2018, Move Press, which was the senior user because it had begun using its PELOTON mark before Peloton did, sued Peloton, the junior user, for trademark infringement in the U.S. District Court for the Central District of California.  Both parties cross-moved for summary judgment.

Peloton moved for a judgment in its favor because Move Press had delayed so unreasonably long in bringing suit that the suit was barred by laches.  Laches is an equitable doctrine under which a court, in its discretion, can dismiss a plaintiff’s claim as time-barred because the plaintiff delayed so unreasonably long in bringing the claim that the defendant would be harmed or prejudiced by allowing the action to proceed. Courts often look to the statutory time limitation for an analogous legal claim to determine whether laches may apply; if the plaintiff is within the statutory time frame, there is a strong presumption against laches.

The Court noted that the federal trademark law, known as the Lanham Act, does not prescribe a specific statute of limitations that could serve as a benchmark for whether laches might apply.  Instead, the Court looked to the most analogous statute of limitations of California, the state in which the Court sits, which is four years for an action as to which a limitations period is not provided.  The Court determined that this four-year period began to run in 2013, when an officer of Move Press first learned of Peloton, and visited Peloton’s website, so Move Press knew or should have known about the possible likelihood of confusion.  Because Move Press did not commence suit until 2018, more than four years later, this created a presumption of laches.

Move Press tried to rebut the presumption of laches in various ways.

Reasonable Delay.  The Ninth Circuit Court of Appeals, where this Court is located, has identified six factors to consider as to whether a delay is reasonable:  (1) strength and value of the trademark rights asserted; (2) plaintiff’s diligence in enforcing its mark; (3) harm to the senior user if relief is denied; (4) good faith ignorance by the junior user; (5) competition between the parties; and (6) harm to the junior user because of the delay. The Court considered four relevant factors, namely, the first, second, fourth and sixth factors. The parties’ respective PELOTON marks were relatively weak because they are descriptive or suggestive (though Peloton’s mark was more valuable due to its rapid and continuing growth); Move Press was not diligent in protecting its mark despite having actual and constructive knowledge of Peloton’s use and registration; when Peloton chose its mark, it was not aware of Move Press’ mark, which suggested that Peloton adopted its mark in good faith; and during the years in which Move Press had delayed bringing suit, Peloton had become one of the leading fitness companies under its PELOTON brand.  Weighing all these factors, the Court concluded that Move Press’ delay was unreasonable.

No Prejudice to Peloton.  Even where a plaintiff unreasonably delays in bringing suit, laches will not bar a claim unless the delay prejudices the defendant.  This may include “expectations-based prejudice” where a defendant took actions or suffered consequences that it would not have had the plaintiff sued promptly.

Peloton’s investment of millions of dollars, the growth of its workforce and its opening of new retail showrooms were steps it might not have taken if it believed Move Press would take action.  Moreover, Move Press had sent a cease-and-desist letter which Peloton had rejected, but Move Press failed to respond to Peloton’s rejection until it brought this action three and a half years later.  Further, Peloton’s agreement with Schwinn showed that Peloton might have been amenable to an agreement with Move Press.  The court concluded that Peloton acted in reliance in the absence of a lawsuit, so was prejudiced by the delay.

The Court granted Peloton summary judgment dismissing the lawsuit based on laches, holding that Move Press had unreasonably delayed bringing suit against Peloton, such that allowing the suit to proceed would have prejudiced Peloton .  The Court went on to determine that there were serious questions of fact as to likelihood of confusion that would have prevented it from granting Move Press’ motion for summary judgment on infringement even if this claim had not been rendered moot due to laches.

If you believe that your trademark is being infringed and the dispute is not amicably resolved, commence your infringement lawsuit promptly to avoid susceptibility to a laches defense, or at least send a notice reserving your rights so that the defendant cannot rely on your inaction.

Conversely, if you reject a cease-and-desist letter claiming that your trademark infringes another’s, and you reasonably rely on a lack of follow-up, make a record of your reliance on such inaction so that you have evidence to support your laches defense in an eventual lawsuit.  Of course, if you need certainty, you may wish to commence your own action seeking a declaratory judgment of non-infringement.

Author’s Note:  Unless Move Press subscribes to the maxim that all publicity is good publicity, it undoubtedly has been irked by the controversy that erupted over Peloton’s 2019 holiday commercial entitled "The Gift That Gives Back."

For more information, contact Dasha Chestukhin or your CLL attorney. 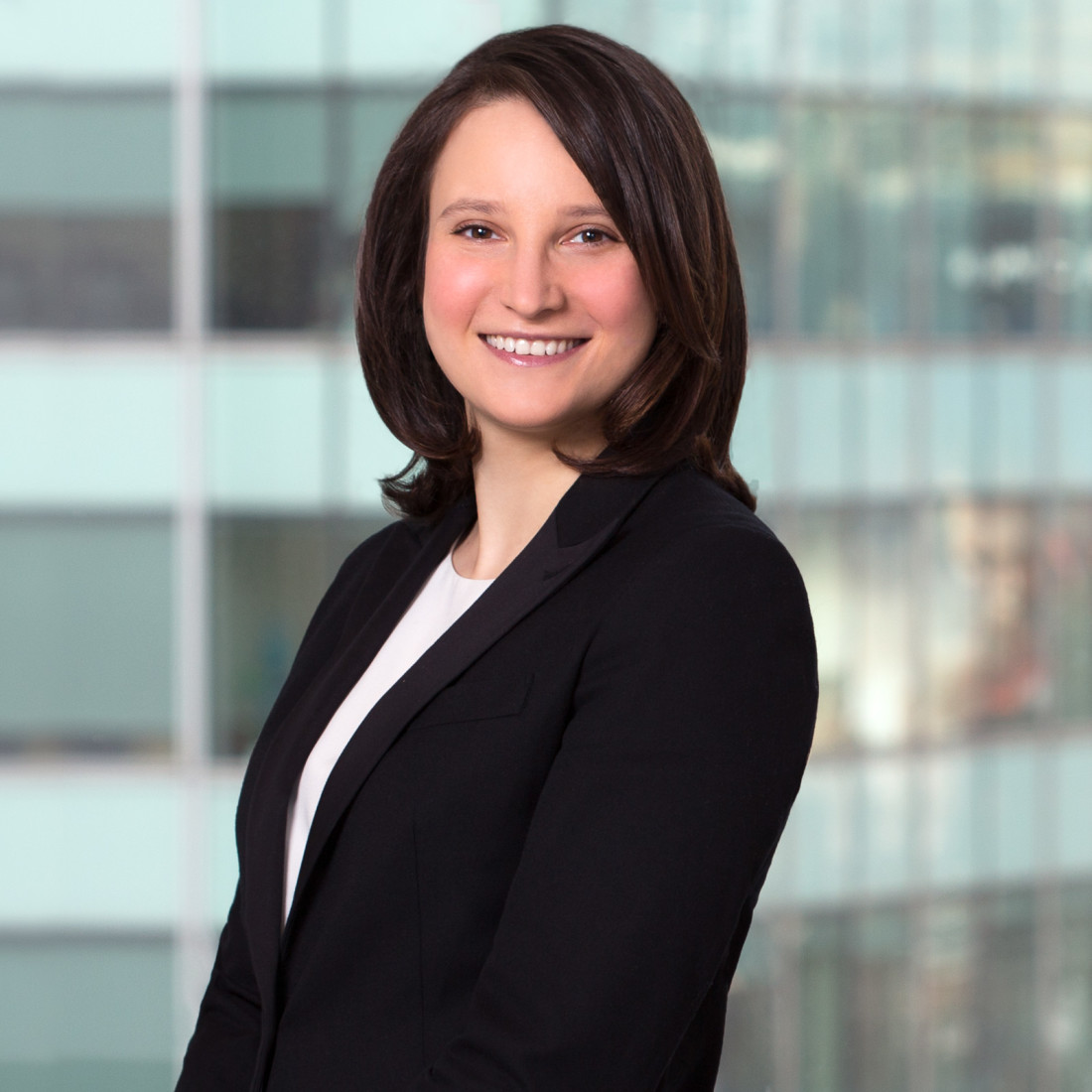