It’s a pretty good time to be a dog.  And the Ninth Circuit Court of Appeals just made it even better!

One of the most peculiar shortages created by the novel coronavirus pandemic is the lack of dogs available for adoption and foster care.  In addition to stocking their storm cellars with pasta, potatoes and paper towels, people seeking comfort during these trying times have resorted to hoarding man’s (and woman’s and gender non-conformist’s) best friend.  Thousands of dogs have found loving homes in the past weeks, ready to be spoiled 24/7 by their “stay at home” parents.

And there is even more good news for our canine companions.

In VIP Products LLC v. Jack Daniel's Properties Inc., No. 18-16012 (9th Cir. Mar 31, 2020), the Court reversed an injunction against the sale of a squeaky toy that resembles a bottle of Jack Daniel’s Old No. 7 Black Label Tennessee Whiskey, but with humorous, dog-related alterations.  For example, the name “Jack Daniel’s” is replaced with “Bad Spaniels,” “Old No. 7” with “Old No. 2,” and alcohol content descriptions with “43% POO BY VOL.” and “100% SMELLY.” 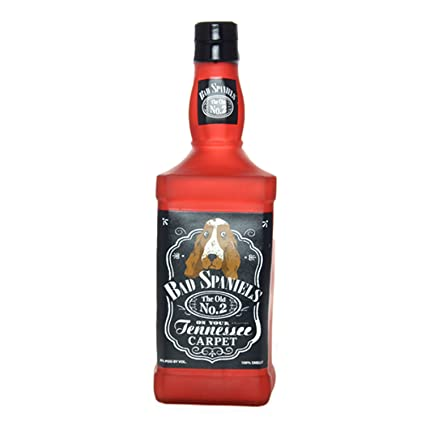 The Court first reiterated the long-standing principle that trademark infringement claims against works of “artistic expression” are not governed by the standard likelihood of confusion test.  Instead, as set forth in Rogers v. Grimaldi, 875 F.2d 994 (2d Cir. 1989), a mark holder cannot succeed on a claim of trademark infringement against an artistic work unless the mark either (1) is “not artistically relevant to the underlying work” or (2) “explicitly misleads consumers as to the source or content of the work.”  Although Rogers involved a claim against the use of a trademark in the title and story of a film, courts have found that other media, including video games, music and greeting cards, may qualify as artistic expression protected by the First Amendment and the Rogers test.

The Ninth Circuit had no difficulty finding the squeaky toy—“although surely not the equivalent of the Mona Lisa”—was protected as a work of artistic expression:

The toy communicates a humorous message, using word play to alter the serious phrase that appears on a Jack Daniel’s bottle—“Old No. 7 Brand”—with a silly message—“The Old No. 2.”  The effect is a simple message conveyed by juxtaposing the irreverent representation of the trademark with the idealized image created by the mark’s owner . . . . Bad Spaniels comments humorously on precisely those elements that Jack Daniels (sic.) seeks to enforce here.  The fact that VIP chose to convey this humorous message through a dog toy is irrelevant.  (quotations and citations omitted).

The Ninth Circuit thus remanded the case to the district court to determine infringement under the Rogers test.  The Court also held that the dog toy did not tarnish any  Jack Daniel’s trademarks and trade dress since the toy was “noncommercial” speech exempt from dilution claims under Section 43(c)(3)(C) of the Lanham Act.

And since most states have deemed liquor stores as “essential” businesses, with this opinion, dogs and their owners together can enjoy their Bad Spaniels/Jack Daniel’s during this crisis.