By Mark Montague and Justin I. Karasick 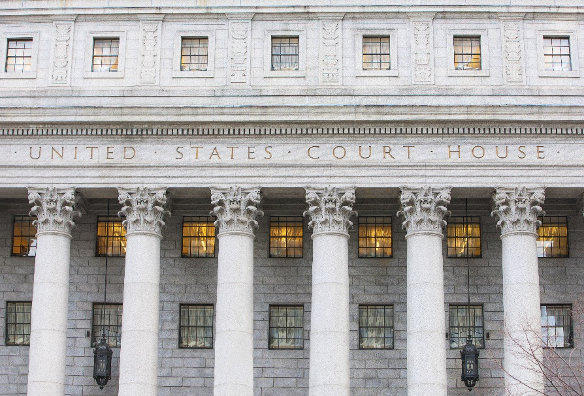 The U.S. Supreme Court, in Thryv, Inc. v. Click-to-Call Technologies, LP, No. 18-916, 589 U.S. __  (April 20, 2020), held that the U.S. Patent and Trademark Office’s (USPTO) Patent Trial and Appeal Board’s (PTAB) determination to institute an inter partes review (IPR) of a patent, including the PTAB’s determination that the IPR is not time-barred, is not subject to judicial review or appeal.

The IPR is one of several proceedings that enables the USPTO to reexamine the validity of claims in patents previously issued by the USPTO. The IPR was established by the 2011 Leahy-Smith America Invents Act (AIA) and allows a third-party challenger to request that the USPTO review a patent’s validity based on prior art that wasn’t considered by the USPTO examiner during the patent’s original examination.

The AIA sets forth certain prerequisites for instituting an IPR, including the requirement that the IPR petitioner demonstrate “that there is a reasonable likelihood that the petitioner would prevail with respect to at least 1 of the claims challenged in the petition.” 35 U.S.C. § 314(a). Another requirement is that the IPR be requested no more than one year from the date when the IPR petitioner (or its privy or predecessor-in-interest) is served with a complaint alleging infringement of the patent. 35 U.S.C. § 315(b).

35 U.S.C. § 314(d) states, “[t]he determination by the [PTAB] to institute an inter partes review … shall be final and nonappealable.” In 2016, the Supreme Court in Cuozzo Speed Technologies, LLC  v. Lee (579 U.S. __) held that the PTAB’s institution decision is not judicially reviewable “where the grounds for attacking the decision to institute inter partes review consist of questions that are closely tied to the application and interpretation of statutes related to the Patent Office’s decision to initiate inter partes review.” While it addressed certain types of PTAB determinations, the Cuozzo holding left the door open as to whether a time-bar determination is reviewable.

Background on the Patent, Parties, and Procedure

The patent at issue, U.S. Patent No. 5,818,836 (836 Patent), was granted by the USPTO in 1998, and relates to anonymizing phone calls. In 2001, the then-exclusive owner of the patent sued Keen, Inc., a predecessor-in-interest of Thryv, for patent infringement, but that suit was later voluntarily dismissed without prejudice when the parties merged.  The 836 Patent changed ownership a few times and ultimately was purchased in 2011 by Click-to-Call Technologies, LP (Click-to-Call).

In 2013, Thryv (through a corporate predecessor-in-interest) petitioned to institute an IPR of the patent. Click-to-Call opposed the petition on various grounds, including the ground that the IPR was time-barred since the claims being challenged were previously asserted against one of Thryv’s corporate predecessors-in-interest in the 2001 litigation. The PTAB instituted the IPR, reasoning that the complaint’s dismissal without prejudice does not trigger the one-year deadline set forth in 35 U.S.C. § 315(b). Several claims in the patent were cancelled in the ensuing IPR.

Click-to-Call appealed the PTAB’s determination to the Court of Appeals for the Federal Circuit, which dismissed the appeal for lack of jurisdiction. Following a contrary Federal Circuit holding on the time-bar provision in Wi-Fi One, LLC v. Broadcom Corp., 878 F.3d 1364 (Fed. Cir. 2018) (en banc), the Supreme Court granted certiorari to resolve the question of whether the PTAB’s institution determination based on the time-bar provision is judicially reviewable.

The majority also supported its decision on policy grounds, reasoning that the IPR procedure was designed to create an efficient mechanism for the challenging of “bad patents,” and that allowing the institution decision to be mired in appeal would undermine this policy goal.

A strongly worded dissent (authored by Justice Gorsuch and joined in part by Justice Sotomayor) challenged the majority’s statutory interpretation and argued that the time-bar provision should be subject to judicial review. The dissent emphasized Supreme Court precedent favoring statutory interpretation that allows for judicial review of administrative action and criticized the majority’s conclusion to the contrary. The dissent embraced a conception of patents as private property and criticized the majority decision for allowing the “taking” of such property by USPTO bureaucrats without the ability for judicial review.

The Supreme Court decision recognizes the limits on judicial review of certain types of administrative proceedings, and makes it harder for the losing party at the USPTO to challenge administrative decisions in an Article III court.  The decision also highlights the importance of proper timing of patent validity challenges within the USPTO.

Aside from petitioning for an IPR, an entity seeking to invalidate a patent may request that the USPTO institute an ex parte reexamination, post-grant review, or covered business method review depending on the circumstances, or the entity may seek invalidation of an asserted patent in a district court proceeding.

For further information, contact Mark Montague, Justin I. Karasick, or your CLL attorney. 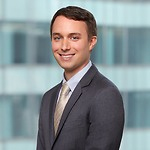 Justin Karasick is an Associate in the Intellectual Property group. Justin has experience advising and assisting clients with U.S. and international trademark and copyright matters, including trademark clearance, prosecution, maintenance, enforcement, and global anti-counterfeiting programs.