What evidence may establish that different owners may register the identical mark at the same time for beer and restaurant services? 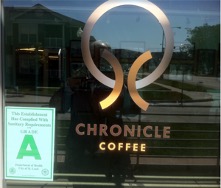 Parallel World Brewing Company LLC filed an intent to use application to register CHRONICLE for “beer” in Class 32.  The Examining attorney refused registration on the ground that there was a likelihood of confusion with the identical mark CHRONICLE previously registered for “restaurant services” and other related food and beverage services in Class 43.

The Applicant appealed the refusal to the Trademark Trial and Appeal Board (TTAB), which issued a relatively rare reversal of the Examiner’s refusal.

The TTAB pointed to two key considerations in any likelihood of confusion analysis: (1) similarities between the marks, and (2) relatedness of the goods or services.

In this case, the marks were arbitrary and identical and the trade channels and classes of purchasers, at a minimum, overlapped.  The Examining Attorney argued that the restaurant's CHRONICLE mark is arbitrary, so it is entitled to the scope of protection of inherently distinctive marks.

In considering the goods and services, the TTAB noted that it must look to the goods as identified in the application “beer” and the services as identified in the registration “restaurant services.” It disregarded the marketplace fact that Registrant’s single location restaurant in St. Louis, Missouri reportedly had closed. The TTAB further noted that it is not necessary that the respective goods and services be identical or even competitive in order to find that they are related.

All of this seemed to favor a finding of a likelihood of confusion.

However, the TTAB then pointed out that there is no per se rule that restaurant services are related to food or drink items.  Rather, when it comes to these goods and services, “something more” is required over and above a showing that they are offered together.

“Something more” had been demonstrated in other cases when:

Applicant countered with evidence from the Brewers Association’s website demonstrating that in 2018 there were only 7,450 brewpubs and microbreweries in the U.S.  Even if they all served food, they constituted only a small percentage, approximately 0.7%, of the over one million restaurants in the U.S. according to the National Restaurant Association’s 2019 Restaurant Industry Factbook. This revealed that the overlap between the sources of restaurant services and beer was not extensive, which favored a finding that confusion was unlikely.

On this record, the TTAB concluded that, even though the registered mark was arbitrary and therefore conceptually strong, and even though there were some common channels of trade and overlapping classes of consumers, the Examining Attorney had not satisfied the “something more” requirement to demonstrate that Applicant’s beer was sufficiently related to Registrant’s restaurant services that there would be a likelihood of confusion of source.

Author’s Note:  The key to this result, that beer and restaurants may share the identical mark, seems to have been the evidence submitted by the Applicant that the percentage of restaurants that also are taprooms is small.  This was consistent with the decision in In re Coors, 343 F.3d 1340 (Fed. Cir. 2003), where the evidence showed that brewery establishments would constitute only about .18% of all restaurants, fewer than one in 500.