Trade Dress will not prevent an unpatented useful product feature from being copied. 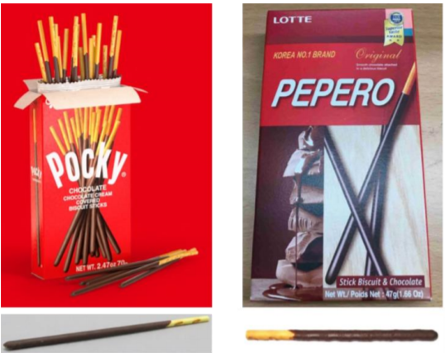 A Japanese confectionery company named Eziak Glico KK, and its U.S. subsidiary, had marketed in the U.S. a very popular chocolate-covered cookie stick under the brand name Pocky.  The end of the Pocky cookie stick had been purposely left uncoated to serve as a handle, and the stick shape made it easy to hold, easy for people to eat without having to open their mouths wide, and easy to pack enough sticks in each box to share with friends.

A competitor, and its subsidiary, had been making and selling a remarkably similar-looking cookie under the brand name Pepero. Eziak Glico brought a trade dress infringement action in the U.S. District Court for the District of New Jersey.

The District Court dismissed the complaint on summary judgment on the ground that the cookie features were functional, so they were unprotectable as trade dress.  Eziak Glico appealed to the Third Circuit, which affirmed the denial of trade dress protection.

Eziak Glico argued that the uncoated feature of its cookie was not “functional” because it was not “essential.”  The Court said that this test was too narrow, pointing out that the ordinary dictionary meaning, and Supreme Court precedent, defined “functional” as “useful.”  The Supreme Court had recognized several ways to show that a product feature is functional: (1) if it essential to the use or purpose of the article; (2) if it affects the cost or quality of the article; or (3) if the exclusive use of the feature would put competitors at a significant non-reputation-related disadvantage.

Evidence of functionality can include that (a) a feature makes the product work better, (b) the marketer touts the feature’s usefulness; (c) there are only a few ways to design the product (but the converse is not true--the existence of other workable designs does not make a design non-functional); or (d) the feature was claimed in a patent application. This list is not exhaustive.

“Imitation is the sincerest form of flattery” said Judge Bibas, and copying a product usually is legal unless it is protected by a patent, copyright or the like.  The Patent Act protects “new and useful” designs.  By contrast, the Trademark Act protects branding, not designs in themselves, and it expressly excludes protection for “any matter that, as a whole, is functional.”  The Court said that “these two statutes rule different realms,” and that it was careful to keep trademark law in its lane, stating that the functionality doctrine keeps trademarks from usurping the place of patents.

Pocky’s handle had been designed to be easy to hold.  This feature was useful, and in fact it had been promoted as a “convenient design.” Therefore, the Court held that the defendants had met their burden of proving that the trade dress was functional.

Ezaki Glico offered nine examples of other partly-chocolate-coated snacks that do not look like Pocky sticks, but the Court said that the existence of other ways to design the product did not make the Pocky features less functional.

Pocky also had obtained a utility patent for its product, but the Court pointed out that the patent covered a method of making the shape, not the shape itself.

Over 30 years earlier, Ezaki Glico had obtained a trademark registration for an image of its cookie stick.  The mark was described as “an elongated rod comprising biscuit or the like, partially covered with chocolate,”  and the goods were identified as “chocolate covered candy stick.”  This registration had become incontestable, which normally means that the registration is conclusive evidence of the validity of the mark.

But, said the Court, even after a mark is registered, it is a defense to infringement that the mark is functional.  Thus, even if copying would confuse consumers about a product’s source, competitors may copy unpatented functional designs.

Judge Bibas concluded:  “There is no real dispute that Pocky’s design is useful, so the trade dress is invalid. That’s the way the cookie crumbles.”

Even though Ezaki Glico’s trademark registration has been incontestable for over 25 years, the Trademark Act specifically provides that a registration can be challenged at any time on the ground that the mark is functional.  So even if this registration is not cancelled, the result of this decision, if not reversed on appeal, is that this registration is invalid, unenforceable and subject to cancellation.

The evidence in this case included ads from Ezaki Glico itself touting all the useful features of its product.  The Court found that these promotions confirmed that Pocky’s design was functional.   If your product has a feature that may have some usefulness and also may distinguish your product from others, your advertising may tip the scale in a functionality challenge by playing up the feature as a source identification instead of promoting the feature’s usefulness. 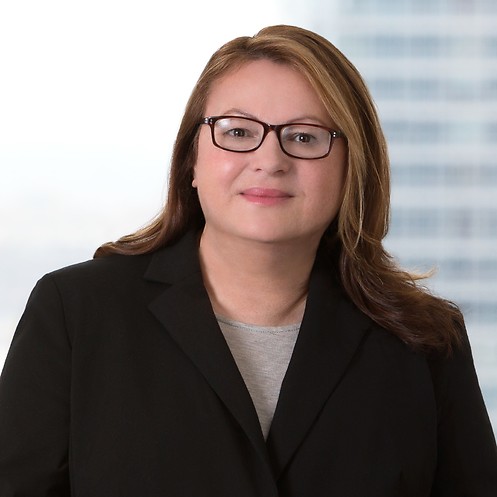 Meichelle practices in the IP and litigation fields and counsels clients on a wide range of intellectual property including trademarks, trade dress, licensing, copyrights, domain names and e-commerce.  She also handles commercial and corporate disputes.