In opposing a trademark application, the opposer may not simply rely on prior cases that found beer related to other alcoholic beverages; rather, it must present evidence to prove its case. 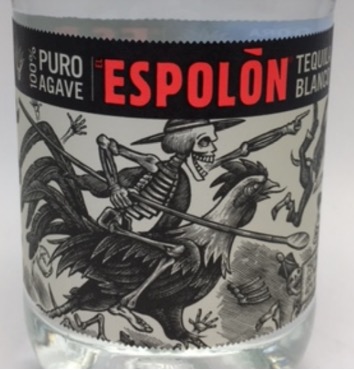 Three individuals from Ventura, California jointly filed an intent to use application to register EIDOLON as a trademark for “beer” in Class 32 and for “spirits, excluding distilled blue agave liquor and mezcal; wine” in Class 33.

This application was published for opposition. Campari Mexico, S.A. de C.V. from Guadalajara, Mexico opposed, claiming a likelihood of confusion with its trademark ESPOLON registered for “alcoholic beverages except beers” in Class 33 and used for tequila.

The Trademark Trial and Appeal Board (TTAB) ruled that, on the record before it, these marks could be simultaneously registered for beer and tequila, finding these goods not sufficiently related to cause a likelihood of confusion.

Opposer introduced evidence that retailers distribute both beer and tequila, that the same ingredients can be used to create spirits and beer, and that drinking establishments offer cocktails made of beer and distilled spirits. The TTAB characterized this evidence as “tenuous” to establish relatedness.

Opposer also placed great reliance on prior decisions finding beer related to other alcoholic beverages, two of which had specifically found beer and tequila related.  The TTAB said that those decisions were grounded in the evidence presented in those cases, which appeared to be more extensive than the record in this case.  The TTAB said,

Certainly there is no per se rule that different types of alcoholic beverages are related, and reliance upon prior decisional law is not a substitute for presenting an evidentiary record to support the relatedness of beer and alcoholic beverages.

The TTAB found that the Opposer’s mark was strong and entitled to a broad scope of protection and was likely to cause confusion on the overlapping goods in Class 33.  However, it held that, notwithstanding the similarities between the marks, the record fell short of establishing a likelihood of confusion as to beer in Class 32 and other alcoholic beverages in Class 33.

The TTAB, and its reviewing court the U.S. Court of Appeals for the Federal Circuit, have found in previous cases that beer is related to other alcoholic beverages.  But this is not a foregone conclusion.  Those tribunals also have said and that there is no per se rule that different types of alcoholic beverages are related; and that reliance upon prior decisional law is not a substitute for presenting testimony and substantial evidence in each case.   In the Campari case, the Opposer must now either accept the TTAB’s rejection of its evidence on this point, or spend more money to appeal that decision and possibly present more evidence.

The burden of proving a likelihood of confusion falls on the trademark opposer. The result of this case-by-case approach is that brewers have an opportunity to prevail, even when they have adopted brands similar to those previously used for other alcoholic beverages, if the opposer does not present evidence viewed as adequate by the TTAB.  On the other hand, the requirement that extensive evidence be submitted on the same issue in every case causes uncertainty of result and increases the legal fees and other expenses for both parties.