Do Alcoholic Beverages named BRIZZY and VIZZY make you DIZZY?

Would you be likely to be confused as to the sources of hard seltzers named BRIZZY and VIZZY, at least before you get a buzz on? 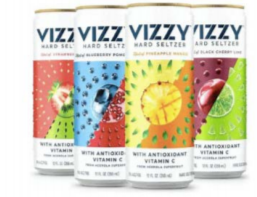 Hard seltzers have soared in popularity in the United States.  The two best-selling brands, WHITE CLAW and TRULY, sold over 64 million cases in 2019!

Future Proof sued Coors for trademark infringement in the United States District Court for the Western District of Texas and moved to have Coors preliminarily enjoined from selling products under the mark VIZZY or any other mark confusingly similar to BRIZZY.  The district court declined to issue the preliminary injunction because Future Proof did not demonstrate “a substantial likelihood of success on the merits.”

Future Proof appealed to the United States Court of Appeals for the Fifth Circuit, which held that the district court had not abused its discretion and affirmed the denial of a preliminary injunction.

The Fifth Circuit applies eight so-called “digits of confusion” to determine whether a likelihood of confusion exists.  It was uncontested that three of these digits supported the granting of an injunction:

But Future Proof contended that the district court erred in evaluating the five other digits:

Saying that each digit may be weighed differently from case to case, the Fifth Circuit held that the district court had not committed clear error in denying the preliminary injunction.  Therefore, BRIZZY and VIZZY may continue to compete in the marketplace.

However, this situation may change if this case continues to trial and Future Proof introduces additional evidence to support its claim that there is a likelihood of confusion.

Author’s Note:  This case reminds me of the old nursery rhyme ending, “Fuzzy Wuzzy wasn’t fuzzy, was he?”.