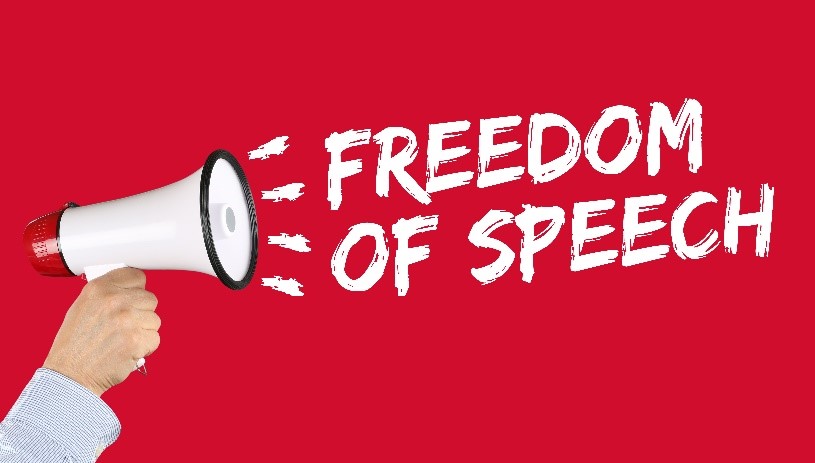 The Court of Appeals for the Federal Circuit (CAFC) held Section 2(c) of the Lanham Act, 15 U.S.C. § 1052(c), unconstitutional as applied to the refusal to register TRUMP TOO SMALL as a mark for T-shirts on the ground that this mark contains Donald Trump’s name without his written consent.  In doing so, the CAFC reversed the refusals by both the U.S. Trademark Office (USPTO) and the Trademark Trial and Appeal Board (TTAB).

Section 2(c), the only provision addressed by the TTAB and the CAFC, precludes registration of a mark that:

[c]onsists of or comprises a name, portrait, or signature identifying a particular living individual except by his written consent.

As interpreted by the TTAB, consent is required under 2(c) only if the name, portrait or signature would be associated with the goods or services covered by the mark because:

the person is so well known that the public would reasonably assume a connection between the person and the goods or services; or … the individual is publicly connected with the business in which the mark is used.

The Applicant conceded that his mark referred to Donald Trump without his written consent but contended that the public would not presume a connection between former President Trump and the goods.  Regardless, the TTAB pointed out that the statutory prohibition applies when the individual is so well known that the public could reasonably assume a connection and pointed out that this provision previously had barred registration of OBAMA PAJAMA and other such marks.  Moreover, Trump had used the Trump name in connection with shirts.

The Applicant’s primary argument was that the statutory refusal to register his mark violated his right to free speech under the First Amendment.  He contended that the refusal was a content-based restriction on private speech and not narrowly tailored to a compelling government interest, and thus was unconstitutional.

In response, the TTAB countered that a refusal of registration does not directly restrict speech because an applicant can use a proposed mark regardless of registration.  It distinguished the Section 2(c) identification restriction from the Section 2(a) disparagement and immoral/scandalous restrictions that the U.S. Supreme Court had previously struck down as being viewpoint discriminatory and therefore unconstitutional.

The TTAB held that the Section 2(c) restriction is narrowly tailored to advance two compelling government interests: protecting the named individual’s rights of privacy and publicity and protecting consumers against source deception.  The TTAB was unpersuaded by the Applicant’s argument that former presidents, or presidential candidates, have yielded their rights of privacy or publicity by seeking the office.

Accordingly, the TTAB affirmed the USPTO’s refusal to register the proposed mark and held that this refusal did not violate the First Amendment.  The Applicant appealed to the CAFC, which reversed the TTAB’s decision.

The CAFC concluded that, as applied in this case, barring registration under Section 2(c) is “not justified by either a compelling or substantial government interest.” The Applicant’s registration request stated that the phrase TRUMP TOO SMALL invokes “a memorable exchange between President Trump and Senator Rubio from a 2016 presidential primary debate and aims to convey that some features of President Trump and his policies are diminutive.”

After recognizing that trademarks frequently have expressive content and can convey “powerful messages in just a few words,” the CAFC said that the relevant inquiry was not whether the Applicant is free to communicate his message without registration, but whether the bar to registration legally disadvantaged the speech at issue. The Court listed some advantages of registration that were being denied: prima facie evidence of the validity, ownership, and exclusive right to use the registered mark; possible incontestable status once the mark has been registered for five years; and enabling the owner to prevent the importation of infringing goods.

The CAFC rejected the government’s argument that trademark protection is equivalent to a government subsidy, which is not subject to First Amendment scrutiny so long as viewpoint discrimination is not involved.  Further, the Court said that, even if a trademark registration were construed to be a government subsidy, this mark is “speech by a private party in a context in which controversial speech is part of the traditional trademark function.”

The Court also rejected the arguments that a registration refusal deals with speech in a limited public forum, and that expressive speech is entitled to less protection when printed on a T-shirt that is sold. Instead, the CAFC deemed the central question to be whether the government has an interest in limiting speech on privacy or publicity grounds where, as here, that speech involves criticism of government officials, noting “the First Amendment ‘has its fullest and most urgent application’ to speech concerning public officials.”

Regarding the asserted government interest in protecting the right of privacy, the Court concluded that there can be no plausible claim that President Trump enjoys a right of privacy protecting him from criticism in the absence of actual malice.

Regarding the asserted government interest in protecting the right of publicity, the Court stated that no claim was made that President Trump’s name was misappropriated to exploit his commercial interests or to dilute the commercial value of his name in contrast to the Supreme Court’s earlier decision upholding the exclusive statutory rights of the United States Olympic Committee to enjoin a nonprofit’s use of “Gay Olympic Games.”  Here, the Court found “no plausible claim” could be made that the mark suggested that Donald Trump endorsed the Applicant’s product.

Accordingly, the CAFC held that the government had no valid privacy or publicity interest that could overcome the First Amendment protections afforded to the political criticism embodied in the Applicant’s mark.

Finally, the CAFC only held that this case raised a challenge to Section 2(c) “as-applied” to the mark at issue. The Court did not decide whether that section is constitutionally overbroad, reserving the overbreadth issue for another day.  However, the Court telegraphed its view that this section may be unconstitutionally overbroad by pointing out that “this section leaves … no discretion to exempt trademarks that advance parody, criticism, commentary on matters of public importance, artistic transformation or other First Amendment interests.”

Author’s Note:  The USPTO could seek review of this decision by the U.S. Supreme Court, which might take this case to decide the overbreadth issue the CAFC left undecided.

As the CAFC is the TTAB’s primary reviewing court, the decision, if left standing, is likely to affect USPTO and TTAB 2(c) decisions when expressive interests protected by the First Amendment are implicated and to be decisive in cases involving commentary or criticism of government figures. For example, the prior decision of the TTAB that

for utility knives under Section 2(c) may have been decided differently. Or would it have been viewed as a misappropriation of Trump’s commercial interests?

The Applicant in Elster may not be home free even if the CAFC decision is not reversed. Since the application was filed on an intent to use basis, the Applicant will still need to submit a specimen showing use of the mark for examination by the USPTO.  This could result in another refusal of registration on the grounds that this phrase, as used on a T-shirt, is merely ornamental, aesthetically functional or fails to function as a source designation.  See our Blog post: A Trademark May—or May Not—be Aesthetically Functional (about the mark LETTUCE TURNIP THE BEET on T-shirts and other goods), and our Blog post: The Pitfall of “Failure to Function” as a Trademark. 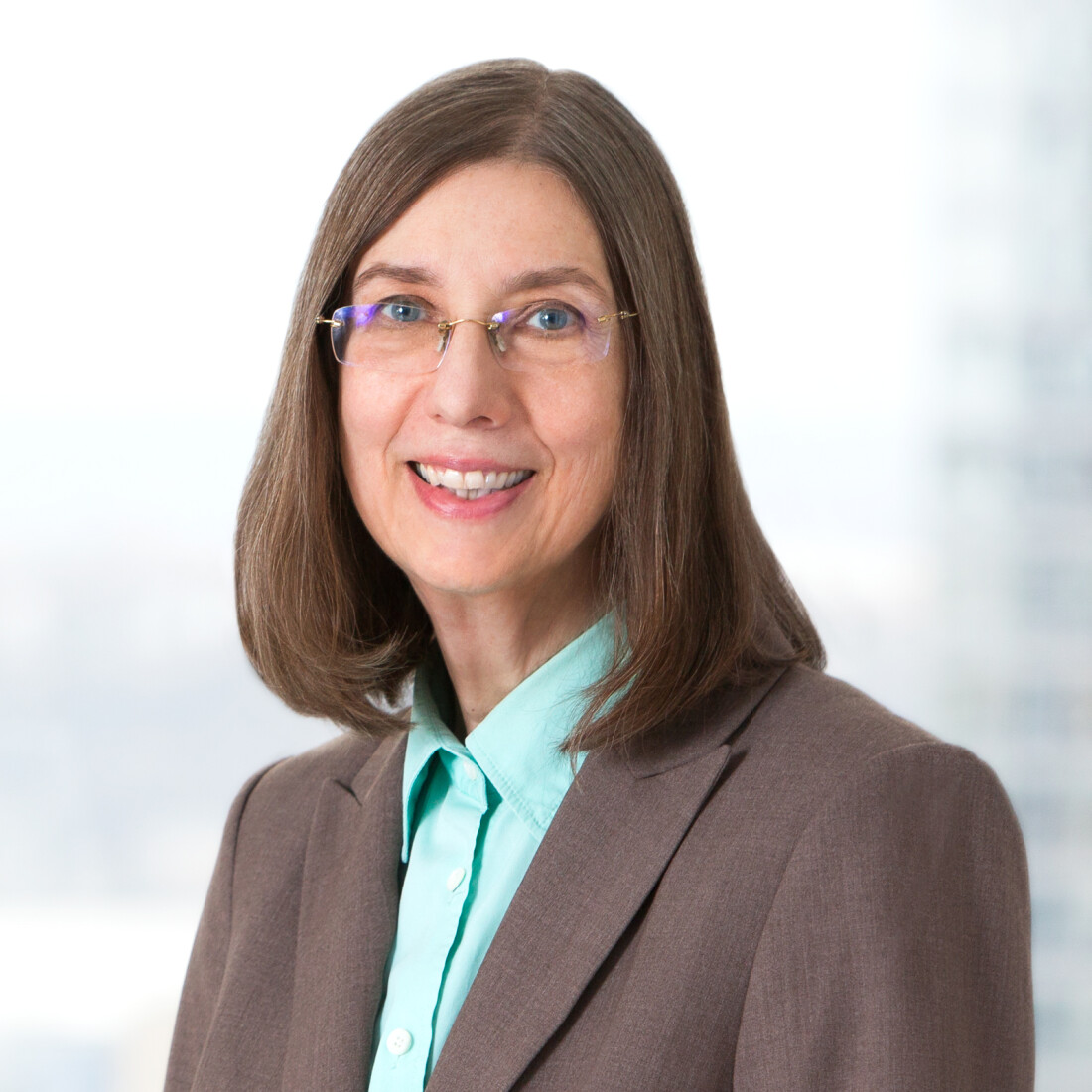 Mary concentrates on all facets of trademark, copyright and unfair competition law.