The Court of Appeals for the Federal Circuit has faced the question of whether Artificial Intelligence could be listed as the inventor on a U.S. patent application.  The Federal Circuit affirmed the District Court’s ruling and held that it could not.

At issue were two patent applications for inventions listing DAUBUS (an acronym for an AI system called “Device for the Autonomous Bootstrapping of Unified Science”) as the sole inventor. The Plaintiff, Stephen Thaler, filed the applications and asserted that he did not contribute to the inventions and that DAUBUS made them autonomously. Thaler submitted the required declaration on DAUBUS’s behalf along with an assignment that sought to assign to Thaler DAUBUS’s inventor rights and all subsequently issued patents.

As we had reported in our Patent Law Alert “AI Machines Are Not Human Inventors” in June 2020, the U.S. Patent and Trademark Office (“USPTO”) rejected the applications on the grounds that a machine does not qualify as an inventor. Thaler then sought judicial review of the USPTO rejections.  But the District Court for the Eastern District of Virginia concluded that the USPTO did not exceed its statutory authority and was correct in its determination that an “inventor” under the Patent Act must be a human.

The U.S. Patent Act defines an “inventor” as “the individual or, if a joint invention, the individuals collectively who invented or discovered the subject matter of the invention.” 35 U.S.C. § 100(f).  Although the Patent Act does not define “individual,” the court reasoned that the term is commonly used in everyday parlance to refer to a natural person or a human and that dictionary definitions confirm this understanding.

Additionally, the court relied on Mohamad v. Palestinian Auth. Mohamad v. Palestinian Auth., 566 U.S. 449, 454 (2012), a Supreme Court case discussing another federal statute, The Torture Victim Protection Act of 1991 (TVPA). In that case, the Supreme Court concluded that the word “individual” in the statute only applied to natural persons and could not apply to organizations or sovereigns, unless something else in the statute gave the impression that this was Congress’ intention.  Applying this reasoning to the Patent Act, the Federal Circuit pointed out that nowhere else in the Patent Act did Congress imply that AI could be an inventor.

In fact, there were other indications given in the Act that AI was never meant to be included.  For instance, the Patent Act uses the pronouns “himself” and “herself” in other sections to refer to an “individual,” rather than using “itself.” Additionally, the Patent Act requires that the inventor submit a sworn oath or declaration as part of an application, further suggesting that human inventors were what Congress had it mind. The fact that there was nothing in the record to show that DAUBUS could form the required intent to sign, and that Thaler filed those documents on DAUBUS’s behalf, suggested that human intervention was necessary.

Despite Thaler’s policy arguments that AI software should be patentable to encourage innovation, the court remained unconvinced. The issue was not whether inventions made with the assistance of AI were patentable, but rather whether AI could be the sole inventor.

The Federal Circuit’s decision aligns with courts in the European Union, United Kingdom, and Australia, that also refused to accept Thaler’s argument when he brought similar cases. The U.S. Copyright Office Review Board also recently reaffirmed that human authorship is necessary for copyright protection as well, as we recently reported in Copyright Developments.

Despite Thaler’s bringing these test cases all around the world, South Africa is the only exception that agreed to grant patents with DAUBUS as an inventor. 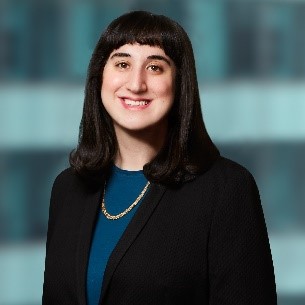