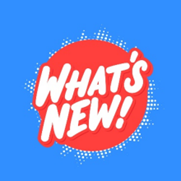 Ten months have passed since the Trademark Modernization Act of 2020 (TMA) was implemented by regulations.  (See our previous article on the TMA).  The U.S. Patent and Trademark Office (USTPO) is now giving clearer guidance on what it will take to either expunge or force reexamination of “dead wood” registrations on the federal register of trademarks.

The TMA allows anyone to file an action with the Director of the USPTO to cancel the registration of a mark that has not been put to use for the registered goods or services.  More than 150 petitions have been filed, many of which have been initially refused for failure to submit sufficient evidence of non-use or to follow procedural filing requirements.

The TMA requires that a filer conduct a “reasonable investigation” before filing a petition with the Director of the USPTO to either expunge or reexamine a registration for failure to use the mark.  However, proving a negative can be difficult without a formal investigation, but the USPTO has made clear that hiring a private investigator is not required to start an action.

The USPTO’s Trademark Manual of Examining Procedure Section 1716.02(c)(ii) lists certain sources that filers can rely on to prove that a mark has not been used.  These include:

A review of what evidence has worked in actual filings since the TMA’s implementation in December 2021 is the best tool for filers to refer before starting an action.  The USPTO website includes a list of all petitions filed to date.  You can learn how and what to do simply by reviewing those filings.

Here are some examples of successful petitions and the evidence relied upon:

Petitioner, a lawyer, filed a petition for expungement asserting the specimen of use was doctored from a publicly available Getty Images stock photograph (note the added label on the specimen):

The lawyer further did online searches of both a website at galavava.com that was “out of service,” and a general online search for offers for sale or any proof of use of the mark.

Practice Tip: Note that anyone can file a petition, not just an aggrieved brand owner.

Petitioner, a company, sought partial expungement of Class 30 goods for failure to use the mark.  Once instituted, Registrant voluntarily deleted goods.  Petitioner relied on the following evidence in its filing:

Petitioner, a company, sought to expunge the registration on the grounds that the mark had never been used for the registered goods, namely, certain boat parts.  Petitioner educated the USPTO as to the nature of the registered goods, which included “wakeboard towers” boat parts.  The explanation was critical because, as petitioner explained, the submitted specimens were simply pamphlets alluding to a different type of boat part.  Petitioner also submitted searches from the Wayback Machine of archived pages of Registrant’s website for the period 2016-2019, a review of Registrant’s Facebook, Instagram and YouTube pages, and a general Google search, all of which showed no use of Registrant’s goods.  The petition was instituted, and the registration cancelled.

Given the large number of petitions that have not been instituted because of faulty evidence or other procedural defects, the key takeaway is to read the rules carefully, educate the PTO as to why your evidence proves no use, and not to get tripped up by procedural rules, such as the requirement to submit an index of evidence and insert a date and location stamp for websites.

Although the petition for expungement / reexamination is not a quick process, it is an economical one, and could become a key tool to clear the trademark register when your company’s new brand is blocked by “dead wood” on the register.

Debbie concentrates her practice on intellectual property with particular emphasis on trademark enforcement and litigation and trademark counseling and prosecution (US and worldwide).