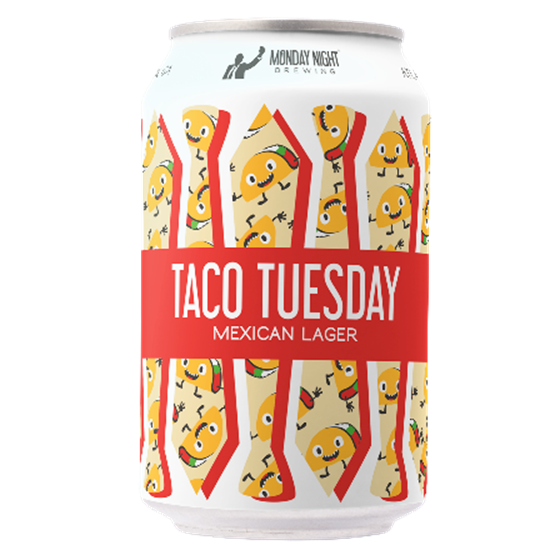 Would you think that TACO TUESDAY on a beer can in large lettering above “Mexican Lager” functions as a trademark for beer?

The Examining Attorney refused registration on the ground that the proposed mark failed to function as a mark because it is a message widely used by a variety of sources to refer to a well-recognized cultural phenomenon where persons consume tacos and beverages, including beer, on Tuesdays.  The Applicant appealed to the Trademark Trial and Appeal Board (TTAB).

If a term, slogan, or phrase is widely used by various sources to convey ordinary,

familiar, or generally understood concepts or sentiments, it may be classified as a term

that fails to function as a mark.   We have previously written on this topic.

In assessing whether the relevant public would perceive TACO TUESDAY as identifying the source or origin of the beer, the TTAB examined how the designation actually appears in the marketplace, focusing more than one-half of its opinion on a discussion of the Examining Attorneys evidence.  The TTAB also noted that the Applicant’s own website promoted its beer as “the ultimate paring for tacos.” Based on this evidence, the TTAB found that consumers would perceive TACO TUESDAY as being informational.

The Applicant contended that, as applied to beer, the failure to function refusal was “illogical and incongruous.”  To prove that TACO TUESDAY could function as a mark, the Applicant pointed to consumer reviews, a website rating, press coverage and prior third-party registrations of the same mark for restaurant and advertising services.  However, the TTAB remained unconvinced because, it said, the environment was “awash” in the use of this term for events that included beer.

Therefore, the TTAB affirmed the refusal of registration, notwithstanding that the Applicant had used TACO TUESDAY in the manner in which a trademark traditionally is used for beer.

Author’s Note:   You might have concluded that TACO TUESDAY is suggestive of the type of event to which it refers.  A suggestive mark is registrable.  But in this case, the TTAB found that the evidence of widespread use of this term in general, and for beer in particular, tipped the scale to the failure to function side. As a result, TACO TUESDAY appears to be available for use on beer by any brewery.

When you choose a trademark for your brewery product, you should avoid a mark likely to be confused with a mark already in use, or applied for, by someone else.  You also may wish to avoid a term or phrase in widespread common use, regardless of its attractiveness for marketing purposes.

Bob's practice focuses on domestic and international trademark prosecution and enforcement matters. He regularly advises start-up craft breweries and other beverage, food and hospitality brands, both small and large