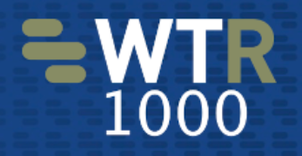 The eleventh edition of World Trademark Review 1000 – The World’s Leading Trademark Professionals continued to rank CLL for 2021 in the Gold Band nationally in New York for Enforcement and Litigation and also in the Gold Band for Prosecution and Strategy. Twelve of our attorneys were individually ranked.  In addition, William Borchard continued to be one of only three New York attorneys named as "Luminaries" and he was ranked among the “WTR Global Leaders.”

WTR 1000 says that “Firms and individuals in the gold band are those that attract the most positive comments from sources. We have identified them as the crème de la crème; their success often hinges on reputations established over lengthy periods of time, something which enables them to secure the most high-profile, big-ticket work from the most prestigious of clients.”

"One of the best anywhere in the world when it comes to trademark counselling, prosecution and litigation, Cowan Liebowitz & Latman renders an A-to-Z service to prestigious companies from a cross-section of brand-intensive industries. The team sustains relationships over long periods of time, which reflects its unswerving commitment to quality and superior service. Further evidence of this can be seen in the superlative feedback garnered by multiple team members. This starts at the top, with trademark department head Deborah Squiers – “an outstanding lawyer who gives wise, clear and practical counsel and provides great value for money”. Next up are Kieran Doyle and Joel Karni Schmidt, who serve on the firm’s executive committee. “Kieran is a conscientious and service-minded attorney, which is clear to see from the detailed reports he provides and the personal phone calls he makes. He carefully lays out the best options and helps clients to understand complex trademark processes.” “First class all round, Joel and his team are responsive, thorough, pragmatic and commercial. Joel himself is a brilliant lawyer and strategist, who likes to be hands-on; working with him is not only super-productive and effective, but also fun.” He assists J Crew and Madewell with US trademark protection and enforcement, alongside Maryann Licciardi, a “trusted adviser on myriad trademark matters who gives highly considered and helpful advice”. A go-to for TTAB proceedings – which are also a forte of the wider group – Mary Kevlin is hailed as a “business-savvy adviser and superb legal practitioner who understands every nuance of practice before the USPTO, as well as the commercial issues that in-house teams face”. With a deep bench a defining feature of the practice, the WTR 1000 identifies a further seven New York attorneys as leaders in the field. These include chairman Jonathan King and Richard Mandel, both consummate litigators; Eric Shimanoff, who, alongside King, has been handling multiple oppositions and trade dress infringement cases for Car-Freshener Corp – including a notable recent suit against Balenciaga which involved a key chain as opposed to an air-freshener product; and Meichelle MacGregor, a percipient counsellor and litigator who has lately been supervising an expanded international trademark registration programme for Sandvik AB. They all practise at the partner level; while William Borchard, Mary Donovan and Lynn Fruchter serve as counsel. Borchard is a luminary of the US and international trademark scene and a generous sharer of knowledge whose contributions to the firm’s “On My Mind” blog are always worth reading. Donovan and Fruchter are masterful portfolio managers who also display a deft touch in enforcement proceedings and licensing negotiations. December 2020 saw the arrival of Adam Siegartel, a “thorough, responsive and practical lawyer with a deep intellect” and an incredible work ethic. He excels at distilling huge volumes of information and explaining complex legal concepts without resort to legalese, which serves him well as both a litigator and counsellor."